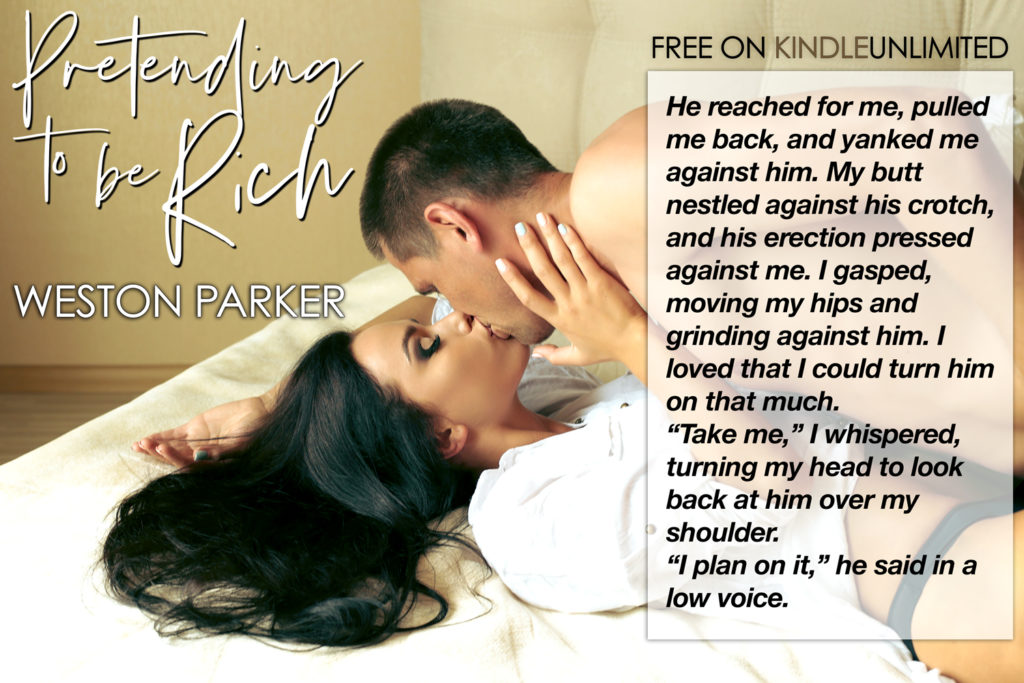 I felt the burn in my thighs as I squatted down to restock the cups in my gelato shop. I had been working out regularly and shedding my baby fat finally, considering I was twenty-eight. Better late than never, I reasoned.

I had cranked up the weight on the leg press, and I felt it. When I had first started my journey, it was just about losing a few pounds and my jelly belly, courtesy of my love of gelato, meatball subs, and cheeseburgers.

It had been a long journey, but I had shed the weight. Then with the encouragement of my trainer, I had kept going. He’d been helping me build muscle, and I was pretty damn proud of my success.

I had always been the fat kid and then the fat friend but not anymore. I looked up from where I was squatted on the floor, my eyes level with the many different flavors of gelato in the case. The chocolate was looking especially appealing in that moment. I had decided not to deny myself a treat now and again. I grabbed one of the cups I had been stocking and reached for the spoon.

“Don’t even think about it, mister!”

I nearly hit my head on the glass. “Shit, I didn’t know you still worked here,” I said, dropping the spoon and turning to glare at my employee, Kacia Baros.

“Whatever, I was here yesterday. I thought you were taking today off?” She grabbed an apron and tied it around her trim waist.

She rolled her eyes. “I’m five minutes late. The store isn’t open. It doesn’t take me an hour to set up. Only old guys like you need that much time. I’m young and spry and can move a lot faster.”

In that particular moment, she was right. I wasn’t moving fast—not today. My legs were feeling a little weak. “A good employee shows up when they are scheduled,” I said.

“I’ll keep that in mind for when I start working toward my employee of the month plaque,” she quipped.

She pulled her long hair back into a ponytail and grabbed a towel from the clean bucket, quickly wiping down the counter before tidying up the chairs and tables in the small lobby area. I finished stocking and realized we were about a minute late to open the doors.

I grabbed my keys and opened the blinds before unlocking the door. There were three men outside, young French guys, obviously on holiday.

“Good morning,” I greeted them, holding the door open for them.

“Is it morning?” one of them asked, speaking heavily accented English. “The sign says you were to open ten minutes ago.”

“Actually, a minute ago, but have some gelato,” I said. Then under my breath, I muttered, “That will help get your mood right.”

The boys sidled up to the counter and ogled Kacia. Kacia was a pretty Greek girl, with dark brown hair and eyes and an olive skin tone. She was like my little sister, and I hated when the cocky gents like the boys standing in front of her openly hit on her. She could handle herself just fine, but I didn’t like that she had to deal with that shit.

“What can I get for you guys?” she asked in an upbeat tone.

I nearly grabbed his stupid little man bun and threw him out of the shop. I refrained, pretending to be busy wiping down a nearby table.

“Chocolate is a popular choice,” Kacia replied, completely ignoring his attempt to flirt. If that was flirting, my game was on point.

“Can I lick the chocolate off of you?” the same punk asked.

“Get out,” I said, stepping forward and right into their personal space.

The gangly punks turned to look at me, all three of them sizing me up. I smirked when I saw them realize I was bigger than all three of their scrawny asses put together. I gave them my best glare, staring at each one of them.

“We’re customers,” one of them said. “You can’t talk to us like that.”

“You’re not my customers. Get out before I take you out. One. By. One.”

They gave me a dirty look, turned to sneer at Kacia, and walked out, cursing and bitching the whole way. I let out a breath. I wasn’t really a fighter. I was a big guy, and I had the Italian Stallion thing going, but I was really a big softie. I wasn’t entirely sure what I would do if someone tried to take me up on one of my threats. I would probably cry and huddle in a ball.

“You love me,” Kacia said with a grin after the boys were gone.

“Yes, you do. You love me. You stood up for me.” She grinned bigger.

“You’re a royal pain in my ass and one of three employees I have.”

“Here I thought you were mad at me today,” she said in a sing-song voice. “But you love me.”

I groaned. “Shut up. Next time, you can deal with them yourself.”

“I would have dealt with them, but then you’d have to buy a new glass case,” she said.

“You weigh a hundred pounds, soaking wet,” I replied.

I nodded. “True. I’m going to the office. Try not to flirt with the customers.” I headed toward the back.

“If I’m not here when you get back, it’s because I ran away with one of the customers to start a new life,” she hollered.

“You’ll be back,” I yelled over my shoulder. “No one can put up with your shit for long.” I stepped into my tiny office and closed the door behind me.

She was a firecracker. When she had walked through the door a year ago, essentially demanding I give her a job, I couldn’t say no. She’d been all of nineteen, fresh out of school, and looking for a job to support herself. I made it very clear she was not going to be making enough to live in the lap of luxury. She said she didn’t mind. She was feisty and took no shit from anyone. If I had a little sister, I imagined she would have been just like Kacia.

I checked my watch, did the time difference, and estimated it was probably about three in the morning for Rand. I grinned, picked up my phone, and sent a quick message asking him if he was asleep. I waited, knowing he kept his phone nearby just in case of an emergency.

The phone beeped. A “fuck you” message with an emoji of the middle finger made my day. I missed my friend, but he was happy, and that was what mattered. He had seemed to find his groove in the US. There was talk he’d be coming back one day, but for now, he and Nicole were building a life together. He certainly deserved some happiness in his life.

I put the phone aside and pulled up the inventory program on the computer. It was the end of summer, and the height of the tourist season was over. The world, except for a handful of savvy travelers, seemed to forget that the weather in Crete was beautiful until at least the end of October. Hell, compared to most of the world, winter was the perfect time of year in Crete.

I loved the rain and the cool temps and the serious depletion of tourists. From a business standpoint, the lack of tourists was a bit of a downer, but we managed to keep the doors open. I capitalized on my unique flavors and the fact I was an Italian in Greece with an authentic gelato shop. It wasn’t like they could go anywhere else to get my sweet treats.

My phone rang. I expected it to be Rand wanting to chew my ass out for waking him up and now he couldn’t get back to sleep. Turnabout was fair play. He’d been doing the exact same thing for close to a year. Granted, I didn’t have a baby that kept me up at night, but I still liked my beauty sleep.

I stared at the number, not immediately recognizing it, but then it hit me. “Oh shit,” I mumbled, staring at the phone as if it were a snake ready to strike.

It was my dad or one of my dad’s people. I couldn’t imagine he would actually be calling me. The only time we talked was when he wanted to bitch at me for not being home. I often reminded him that home to me was Greece.

We’d moved to Crete when I was a boy. I was raised in the city and chose to stay when they decided to move back to Italy. Crete was my home. Heraklion, to be specific.

I knew if I didn’t answer, there was a good chance he would send someone to the front door. He was that stubborn and demanding. I reached for the phone, closing my eyes and sending up a prayer for strength and answered.

“I’ll be in town tonight. We’ll have dinner at Avli at seven. I’ll see you then.” He ended the call without another word.

I held the phone in my hand, staring at it to make sure he had really just hung up on me. I didn’t get a chance to accept or reject his invitation. He simply expected me to be there, no questions asked. That was the way it was with him. His way was the only way. There were no options.

When I had chosen to stay behind when they moved back, he’d been pissed. He hadn’t spoken to me for months, and now, when he did talk to me, it was curt. Curt bordering on rude and hateful.

I knew he was disappointed in me. I wasn’t wealthy. I didn’t have twenty-two houses scattered around the world. I had a simple house with a simple business and lived a simple life. I wasn’t exactly destitute, but I didn’t particularly want the trappings of wealth, especially if they turned me into a man like him. He was a pretentious asshole on a good day. He was not a man I ever wanted to be. While a lot of sons admired their fathers, I didn’t. He was everything I didn’t want to be like.

“Fucker.” I pushed my phone away as if that could put some distance between us.

As angry as he made me and as much as I didn’t want to go, we both knew I would show up like a good little boy because I didn’t have the balls to ignore an order from him. He was that kind of dad.

If I didn’t show up on time to dinner, he would no doubt send a search party after me. They would find me in whatever hole I crawled into and drag me back to him. Delaying it would only make it worse. My mood soured dramatically with the dinner looming over me like a dark cloud.

I stared at the inventory sheet, not seeing the numbers. Instead, I was thinking back to the last visit from my dad. It hadn’t ended well. It never did. Tonight wouldn’t be any different.

He’d bitch and lecture, and then he’d ridicule and tell me to visit more often—because that was how one always invited one home for a visit.