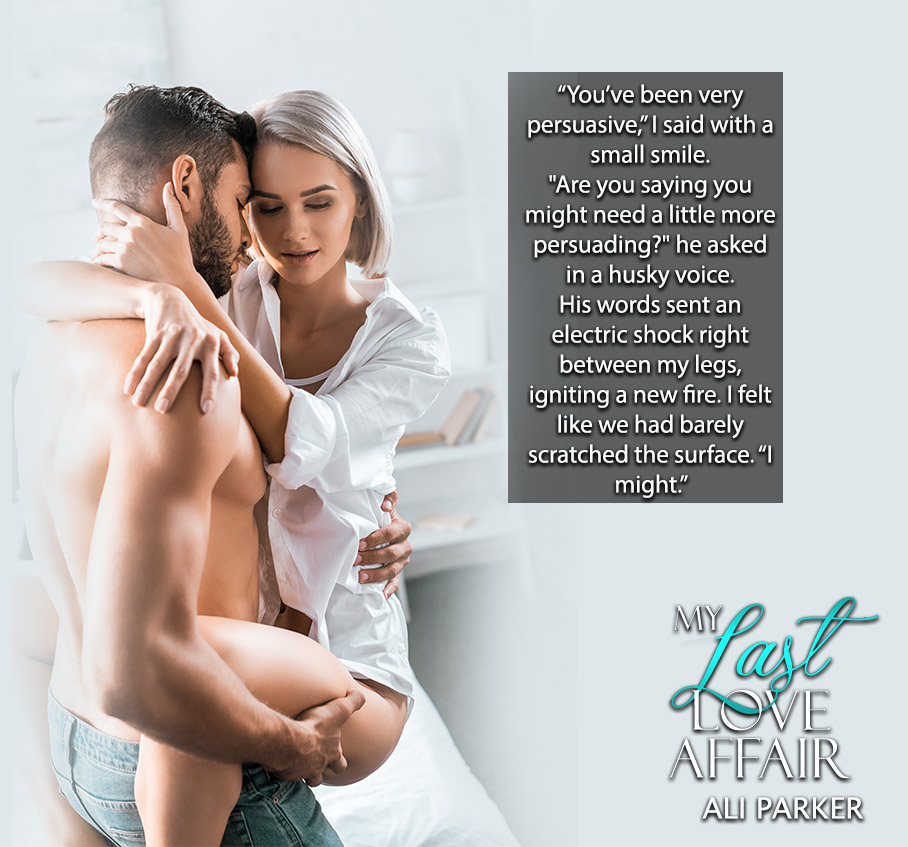 I shifted in the executive chair at the head of the table and forced myself to pay attention to what the man on my left, a few chairs down, was saying. I adjusted the bright-blue tie I was wearing and looked around the table. It was our third investors meeting this week alone. The company was doing great and there was no shortage of people wanting to add their money to the pot. They wanted the payout. Bancroft Industries was booming. Who wouldn’t want to invest in a sure thing.

It made me feel powerful. They were all clamoring to get in now, because it had just been made very clear that the next several years were going to be very good for the company. I leaned back, eyeing the man who wanted to talk about holding back on a buyout presented at the first meeting of the week. He was a little surprised he was getting any kind of resistance.

“I understand your cautious nature, Henry, really, I do, but I think our track record proves itself,” I said in a smooth tone.

The other investors were nodding in agreement with me. Of course, they were. I had made them rich men with solid futures ahead of them.

Henry looked a little nervous. “I think we need to hold back a little. We’ve been buying up companies at a rapid pace. I don’t want to overextend ourselves.”

“Henry, really, have we let you down yet?” I said with a chuckle, staring directly into his eyes.

The man suddenly looked nervous with my directed stare. It wasn’t long before he nodded. “You’re right. I should know better and to trust you.”

I nodded, satisfied I had successfully changed the man’s opinion and got him to go along with my business plan. It was a knack, something that came very natural to me. It was my superpower. I leaned back once again, listening to the men talk. I was the eldest of six sons. It only made sense I would inherit the company. I had put in the time and effort and was the acting CEO. In my opinion, I was the only one who deserved the spot.

I glanced over to my younger brother Jack, sitting by my side as always. He had been working for the company nearly as long as I had, but I was the one pulling the strings and making the biggest decisions. When my father had died not too long ago, I had assumed I would naturally ascend to the throne of the Bancroft Estate. I hadn’t.

Nope, dear old dad had decided I wasn’t worthy. Not as I was, that is. He wanted me to be the man he was, popping out heirs left and right. I had been a very careful man making sure I did not plant my seed anywhere. The last thing I needed was a bunch of little Grayson Bancrofts running around with a bunch of baby mamas suing me for money. No thank you. I had taken my dad’s birds and the bees talk to heart. I wanted no babies and was very careful to make sure that didn’t happen.

Now, it looked like my careful nature could cost me the Estate. How was that even fair? He would have killed me had I knocked up one of the many women I had slept with over the last decade. Now, I needed to produce an heir to secure his seat at the head of the table. Life sure was funny sometimes, I mused.

“Was there anything else?” Jack asked me, interrupting my thoughts.

I listened to Jack wrap up the meeting and tried to imagine him as my boss. Jack was the only other brother to work at the company in a similar capacity. He knew the stipulations in the will. If he managed to produce the first heir, he’d win the race to the throne. That did not sit well with me. Jack wasn’t cut out for the job. And I was damn well not cut out to work for him. The very thought made me shudder. It was my birthright as far as I was concerned.

The men started to file out of the conference room, leaving me and Jack alone. “That went well,” I said with a smile.

“I think so,” he said, standing and buttoning his suit jacket.

I stood and followed him out of the room: I went left to my office at the end of the hall, while he turned right and went to his office at the opposite end. I got to my office, then wrapped up a few loose ends before heading out to meet my best friend, Justin Roth, for a drink or three.

He was sitting at a table in the center of the room, right where he liked to be. Justin liked everything on the up-and-up. He had a bit of a reputation to live down and had promised his wife he would never give her any reason to suspect he was back to his old ways. That meant no dark corner tables where there could be a clandestine meeting with a woman.

“How’ve you been?” I asked, clapping him on the shoulder as I walked by, taking my seat across from him at the small table.

He laughed. “It’s the craziest thing. It just keeps happening.”

“Congratulations—again. Where is that guy from college?”

He grinned. “He vanished the moment I found out Jenna was pregnant the first time. I’ll admit, it was not the way I envisioned my life going, but I would not trade a minute of it—or a kid,” he joked.

He leaned forward, taking a long drink from the glass of scotch and grinned. “But honest to God, if she didn’t give me a free pass to let me come out once a week for one drink, I would lose my mind.”

I laughed. “I’m glad to know it isn’t all roses and sunshine. I’d have to hate you if it was.”

“And here I am trying to find a way to get one of those in my life.”

I wrinkled my nose. “I guess both. Don’t they go hand in hand?”

Justin laughed. “Well, yes and no. Not technically.”

“Well I need an heir. That only happens one way. I can’t have an illegitimate child. I’m sure there is a clause that keeps me from inheriting should that happen.”

“Are you talking about your dad’s will?” he asked.

I took a deep breath. “Yes. My dad says the son who inherits is the son who produces the first heir. I cannot work for any of my brothers. Jack is really the only one who would be a problem.”

Justin nodded. “I see. So, you need to find a woman who will put up with you long enough to give you a baby.”

“Grayson, I know you don’t have any trouble finding women to sleep with you. That has been one thing that comes very easy for you. I don’t get what the problem is?”

“Because I haven’t found a woman who I could stomach longer than one night. They’re all so desperate to be with me, they make me crazy. It’s all ‘yes, sir’ and ‘no, sir,’ and ‘anything you want, Mr. Bancroft.’ Would you want Jenna to be like that?”

He grimaced. “No. Definitely not.”

“That’s what I’m saying. If I were to marry someone, I would want her to be someone I could have an actual conversation with. I need to be able to do the deed more than once in case it doesn’t take the first time,” I said in a low voice.

He laughed and nodded. “I get it. Really, I do. I think rushing into things is going to make you end up regretting it. Take your time. Find a woman you love and let nature take its course.”

I raised an eyebrow at him. “Like you did?”

“I’m probably not the best example, but I love Jenna.”

“Now you do. You two weren’t more than bed buddies when you knocked her up,” I reminded him.

“That’s not entirely true. There was always something more with her. I could never really put my finger on it back then, but I was drawn to her. It was like some cosmic force drew me to her. I couldn’t shake her once I had her, and I kept going back for more,” he said with a grin.

He nodded in agreement. “Every day a little more. You should give it a try. I think you’ll find love and marriage is a good thing. It gives you purpose. Everything in your life has a bit more meaning. You try to be better and do better for your family.”

I glanced around the room before looking back at him. “Did I sign up for some self-help conference without realizing it?”

“Stop. I’m trying to tell you to open your mind a little. You don’t have to be a bachelor for the rest of your life. Trust me, life is better when you can share it with someone you love.”

I wrinkled my nose. “I don’t think I was born that way. I missed that part in my DNA.”

He laughed. “No, you didn’t. You’re just too stubborn to acknowledge you’re lonely.”

“I’m definitely not lonely. I am my own man. I come and go as I please. I eat what I’m in the mood for and watch whatever the hell I want on TV. I never get told what to do or when to do it.”

He shook his head. “And you never get to go home after a long day and hug your wife or crawl into bed and tell her about your day while she listens to you. You don’t wake up in the morning to see the person you love beside you. You don’t get to be you, at your very basic, most vulnerable self.”

I rolled my eyes. “Now you’re really laying it on thick. I’m not looking for that. I like my life. I love doing what I want and who I want. I can ask that waitress for her phone number right now and there is absolutely nothing wrong with that. You can’t say the same.”

He turned to look over his shoulder. “I don’t want to do the same. I want to go home to my wife and put my hand on her stomach where our child is growing.”

“I’m happy for you. Married life agrees with you, but I don’t think I’m cut out for it. It isn’t my style.”

He smiled. “I don’t think you know for sure until you give it a try. I didn’t think it was for me either and then, it was.”

“So, how’s the business going,” I asked, swiftly changing the subject.

He chuckled, then nodded as he followed my lead. “Good. Just landed our first major ad and I think it is going to put us on the map.”

“Good! That’s awesome. Way to go,” I said, truly happy for him and his new business.

I sucked down my drink, quickly ordering another one. I was truly happy for Justin, but we were very different in that respect. He’d willingly gone into the marriage. I was afraid I would lose who I was if I had to share my life with someone. He had said he’d given her a piece of his soul. I preferred to keep my soul whole, and intact. No woman was getting any piece of me. Well, one piece, but that stayed with me.