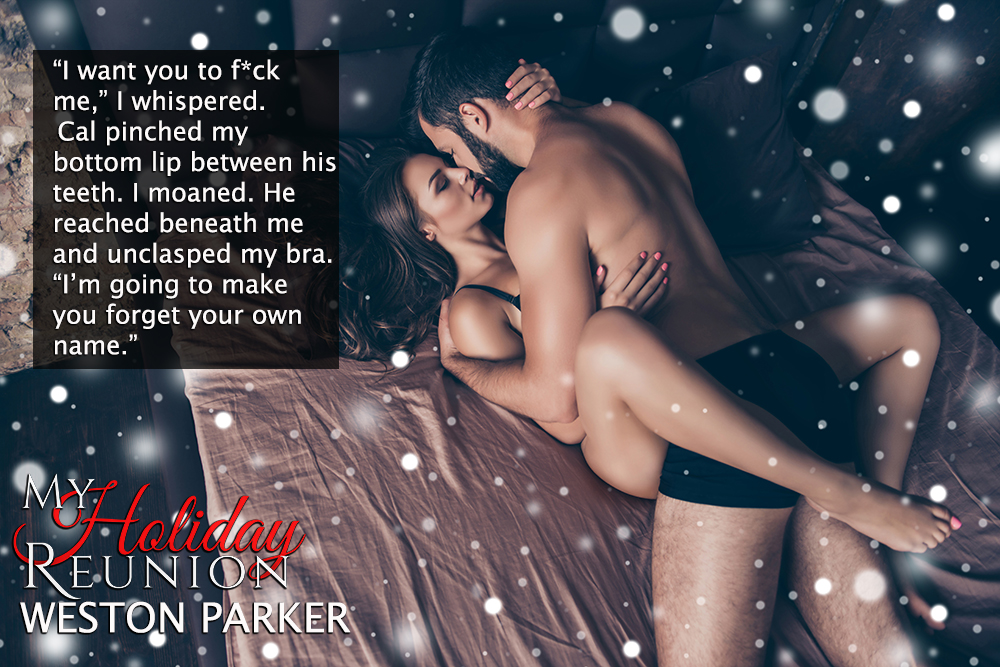 The black graduation caps twirled up in the air above my graduating classmates’ heads, spinning end over end, the gold tassels whipping around before sticking up like a tail as the caps fell back to the reaching fingers of their owners.

I grabbed mine as David, my best buddy, pitched forward to reach for his. He overshot it, stumbled into the girl in front of us, and yelped in surprise when his knees hit the hardwood floor of the auditorium.

I laughed and bent to pick up his hat. He got to his feet and dusted off his black robe, and I tugged it over his messy blond hair and gave his cheek a firm but friendly slap. “We did it, bud!”

David grinned like a fool and missed the way the girl in front of him was glaring at him as she straightened her robes. “I know! Peace out, Westview High!”

We fist-bumped as the rows of students began filing off the stage in appropriate order. David walked ahead of me, and I followed hot on his heels and craned my neck to look for my girlfriend, Lina Nelson. She was only a few rows behind me, but I couldn’t find her over the identical capped heads of my peers.

The students all wandered outside. David patted my shoulder before he ducked through the crowd to meet up with his parents.

I found my father shortly after.

He was standing off to the right-hand side, away from all the mingling families and students. He’d never been much for big crowds, but he was enduring it today to celebrate my graduation.

My dad saw me coming and greeted me with a wide smile—a smile that was very much like my own. He had taken the time to trim and tame what had been a rather wild beard just yesterday afternoon. Even more impressive, he’d taken the time to go out and buy a button-up shirt and a pair of pants that weren’t jeans.

He pulled me into a tight hug when I showed him my diploma. “I’m proud of you, son,” he said in his deep baritone voice. He pulled away and patted my cheek. “And your mother would be too. She would have given anything to be here today.”

He gave me a tight-lipped smile that revealed the infamous Gabriel men dimple in his left cheek. I had the same one. “This all happened so fast. My boy is a man.”

The back of my neck grew hot, and I shifted my shoulders to move the heavy black robe around. “Dad, stop.”

“What?” He chuckled, fanning his hands out innocently. “You don’t like being called a man? You’d rather I still call you my boy?”

“I imagine my high school diploma won’t change the fact that you still call me kiddo. ‘Man’ and ‘boy’ are temporary.”

My dad rolled his eyes at me. “Such a wise ass. Like your mom.”

I shrugged. “She had to have a good sense of humor to put up with you all those years.”

My dad tipped his chin at something behind me. “Have you told her yet?”

I glanced over my shoulder in the direction he had nodded.

Lina was standing there with her best friend, Kelli, and Kelli’s parents. She’d moved in with them when her single mother passed away six years ago. Her father had been out of the picture since she was a baby, and Lina was the sort of girl who didn’t need to know him to know herself. Still, she was lucky to have the Rollins family by her side through it all.

She looked beautiful, although she always did. She had her diploma grasped in both arms, and she hugged it to her body. The robe she wore hung from her slender shoulders down to the middle of her calves. Her thin ankles were wrapped in gold sparkly straps. She’d purchased those shoes solely for her walk across the stage to accept her diploma. When I told her it was unnecessary, she scowled at me and said the gold would match the tassel on our caps. She also made a point to tell me that there would be photographers there to take pictures, and there wasn’t anything wrong with putting your best foot forward.

She was right, of course.

Even though we had been together for the last two years, I watched, transfixed by her, as she flicked her long dark-brown hair over her shoulder. In the midafternoon sun, it shone with streaks of red—a deep tone that bordered on the verge of purple. She threw her arms around Kelli’s mother’s shoulders in a hug, and I sighed as my dad jabbed me in the ribs.

My dad clicked his tongue. “That’s irresponsible. She deserved to know much sooner than this, Callum.”

He shook his head. “Well, you’d better find a way because she’s on her way over, and you’re hopping on your flight to Boston tomorrow.”

I waved my dad off. “You don’t need to remind me. Give me a minute with her, will you?”

My dad winked. “Sure thing, kiddo. Don’t hold out on her.”

I rolled my eyes as my dad slipped away to go congratulate David and talk to his parents.

Lina spread her arms to embrace me when she arrived. He robes fanned out around her like she was underwater, and I wrapped my arms around her narrow waist. She smelled like she always did: of cinnamon and a hint of vanilla. I breathed her in and buried my face in the groove of her shoulder.

“We did it,” she said. Even though I couldn’t see her face, I knew she was smiling. I could hear it in her voice. “Can you believe it? It feels like we just started walking the halls of Westview High two weeks ago. And now, here we are, about to leave it for good.” She pulled away, gripping my upper arms, and smiled at me. “What a whirlwind.”

I nodded and resisted the urge to pull her in close again. She’d know something was up. She had a sixth sense for that kind of thing. I wanted to come out and tell her I was leaving for Boston, rather than have her sniff it out of me like a bloodhound. If I waited much longer, she would know something was up.

I’d known I was going to Boston for weeks now. Almost months. Ever since my acceptance letter from Harvard came in the mail.

I was going to study law, and Lina wasn’t coming with me. Pittsburgh was a hell of a drive—nine to ten hours on a good day. The flight was shorter, sure, but still a pain in the ass, and with the heavy course load of my first semester, the prospect of a long-distance relationship seemed more than a little bleak.

I’d been heartbroken since getting that letter. Heartbroken and elated. It was a strange combination of emotions, and only my dad knew how much I was struggling. I’d wanted to go to Harvard since I was in third grade. It was my dream. Then Lina came along, and I realized I had two dreams, and I couldn’t have them both at the same time.

“Is everything okay?” Lina asked, peering up at me, her nose scrunching up in that cute way it did when she was concerned.

I blinked, almost getting lost in the depths of her pale green eyes. “Uh. Yes. Sorry. Everything is fine. It’s just like you were saying. It feels like it was only weeks ago that we first started school here. And now it’s over.”

She smiled. “And we’re on to bigger and better things.”

Lina stretched up to kiss me. Her lips were warm and soft, and she tasted like peppermint. I pulled her to me to prolong the moment. She giggled into the kiss, and the bubbly sound made my stomach light with butterflies. She looked down, her cheeks turning bright pink. “Stop it, Cal. Kelli’s mom and dad are right over there. I don’t want them to see.”

“Screw ‘em,” I said, putting my finger under her chin and lifting her face back up. The sun shone across her cheeks and the bridge of her nose, illuminating the dusting of freckles on her ivory skin. “We can’t get this moment back.”

I kissed her again. She melted into me, and the prospect of telling her I was leaving tomorrow weighed heavier on me. Not telling her was cruel. What I was doing to her was wrong. I knew it, but I didn’t have the strength to do the right thing.

Lina stopped the kiss first and looked around to make sure no one was watching. I took the time to study her, to trace the lines of her high cheekbones, her full, heart-shaped lips, and her long lashes. Her sharp brows. The way her cheeks puckered when she chewed the inside of her lip.

“Are we going to David’s house party tonight?” I asked.

I nodded. “I was thinking it would be nice to celebrate with everyone.”

She bit her bottom lip and nodded as she looked down at her feet.

She looked up once more. “It’s not that I don’t want to. I just think I’d rather spend tonight just the two of us. You know?”

“What if we spend half the night at the party, and then you come back to my place with me for the night?”

She clasped her hands in front of herself and rocked back on her heels. “I know what that means. We’ll end up staying at David’s until three in the morning.”

“And then we can stay up at my place until the sun comes up,” I said, reaching out to stroke her cheek.

She giggled. “Fine, Cal. You win. We can go to the party. On one condition.” She held up her index finger in front of me.

I almost went cross-eyed staring at it. “Anything.”

“You find someone to be our bootleg and buy me a bottle of rosé.”

I laughed. “My girl. Too classy to be hanging around with us schmucks.”

Lina took the front of my robe in both hands and yanked me toward her. “True. But I sorta like you schmucks.”

You need to tell her. Now. Stop putting this off, you asshole. Just. Tell. Her.

Lina released my robes and raked her fingers through her hair. Her eyes darted back and forth between mine, and I opened my mouth. The words were right there, dangling off the tip of my tongue like a rock climber, ready to leap to the next ledge.

I was silenced by a big pair of hands closing over my shoulders as my father returned. He stepped around me to give Lina a big hug. “Congratulations, Lina. You should be very proud of yourself with those grades of yours.”

“Who told you my grades?” Lina asked when they broke apart. She was smiling as she turned her gaze upon me. “Have you been telling your dad how much smarter I am than you?”

I didn’t have time to answer her. My dad beat me to it. “Nah, he wouldn’t do that. Come on, now. Mr. and Mrs. Rollins told me when I went over to talk to them.”

“Come on,” my dad said, taking us both by the shoulders. “Kelli’s parents and I want to take you kids out for a celebratory lunch. Then you can go off and do whatever it is you want to do. David has a party planned, right?”

“All right. If either of you need a ride in the middle of the night, or in the morning—”