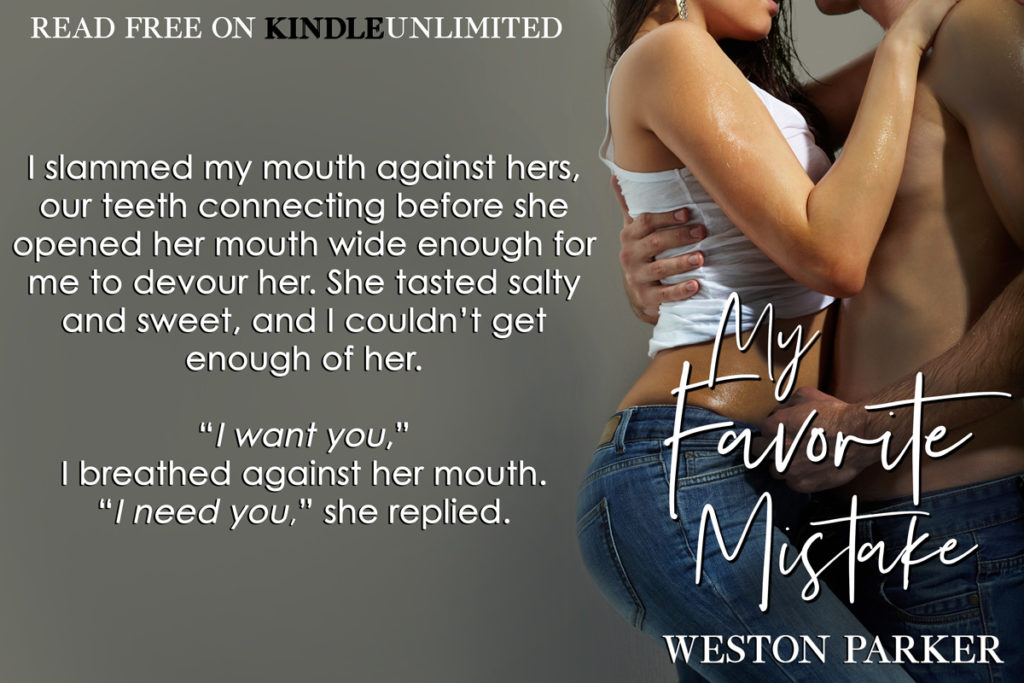 I strolled down the hallway of the offices of Great Greeks, feeling proud of the success the company was having. It had been a lot of hard work, some long nights, and a lot of stress in the beginning, but we had certainly made it worth the effort. I walked into the office of the CEO of the company, not bothering to knock, and took a seat.

Adrian Gabris, one of my good friends and technically my boss, smiled. His smile was bright and was the smile of a man happy in love. I envied him a little. When I had first met his wife, Bella Kamp, now Gabris, I hadn’t been impressed. I’d begged him to fire the new intern. I’m glad he didn’t. Bella was a kickass chick and a lot of fun to be around, as well as a hell of a saleswoman.

“It’s almost noon,” he pointed out.

“Same thing,” I said with a shrug of my shoulder.

He made a face, shaking his head. “Only in your world. Wild weekend?”

I winked. “I can no longer share those details with you. I don’t want you to get jealous.”

“What the hell would I be jealous of?” he snapped.

“You’d be jealous that I’m out having fun, dancing with beautiful ladies, and free from all restraints,” I told him, already knowing what his reaction would be.

He scowled at me, his brow furrowed, and those thick black eyebrows of his went down low. “I’m not jealous. Not even in the slightest. I don’t want to be out. I want to be restrained. Bella isn’t a ball and chain. She’s my wife, my other half.”

“She is. One day, you’re going to be in the same situation, and these Monday recaps are going to be more about what you and your wife, or at least, your steady girlfriend, did for the weekend.” He said it as if it were fact.

“It’s going to happen eventually,” he said with that irritating authority in his voice.

“No, it isn’t,” I grumbled. “I told you, I’m not meant to be settled down like you. Why do married guys always think everyone else should be like them?”

“Because we know how good life can be when you have a woman in your life who makes you feel good,” he said easily.

I grinned. “I’ve met plenty of women in my life who make me feel pretty damn good.”

“I did have a girlfriend,” I offered. “Until she told me she had a boyfriend.”

Adrian sighed, shaking his head. “Shouldn’t that be a question you ask before you take a woman to bed?”

I shrugged a shoulder. “Probably, but she’s the one who came on to me. I’m the innocent party in this equation. When she told me she had a boyfriend, I told her I wanted no part of that drama. I’m a lover, not a fighter. She keeps calling me. That’s how good I am.” I winked.

“I hope you used your name and not mine. Bella will kick my ass if I get tangled up in another one of your love triangles.”

“Yes, I used my name,” I said. “Everyone on the planet knows you’re married now. You’ve ruined that for me.”

I chuckled, thinking back to the many escapades I had gotten the poor guy into by pretending to be him. We didn’t look alike, but I could get away with it with some of the tourists who didn’t personally know who he was. Anyone from Crete knew exactly who Adrian Gabris was and would have told me to kick rocks. When I used Adrian’s name, I could retain my anonymity and never have to worry about angry ladies hunting me down after I forgot to call them the next morning.

Those days were gone. Any trouble I got into, I had to own up to. Truthfully, I had slowed down my wild behavior a lot in the past couple of years. It just wasn’t as much fun anymore. I was a little envious of what Adrian had with Bella. He’d changed. He was happier, more confident, and seemed content, like he didn’t have a care in the world.

Adrian shook his head. “Bella and I are going to lunch soon.”

I left the building, appreciating the fresh air with the hint of sea. I loved Crete. I loved Greece, but I had an itch to move, to explore the world. It was something that had just kind of crept up on me over the past few months. I had talked to Adrian about taking an extended holiday. He was all for it, but I hadn’t done it yet. I was going a little stir crazy. The sameness of my world was driving me crazy.

It was a typical day in Crete. The sun was out, the humidity was a little on the high side, and the streets were packed with tourists. It was hard for anyone to resist the allure of the island. I mulled over what it would be like in Paris or New York. I’d been to Athens plenty of times, but I knew the size didn’t compare to the big cities. There was a sense of adventure bubbling to life inside me. I was almost thirty, and I hadn’t explored the world yet. I needed to do that, I decided.

I pushed open the door to Cade Kouris’s gelato shop, anxious to get my craving for something sweet satisfied. My big Italian friend was standing behind the counter and saw me come in. He grinned a huge smile that could truly light up a room.

I waved, ignoring the looks from the others in the shop. Cade was a loud guy. I didn’t think he meant to be. He just was. I chalked it up to his Italian heritage, even though he’d basically been raised in Greece.

“Hey, Cade,” I answered in a much more subdued tone.

“Here for some gelato?” he asked.

“No, you big oaf. I want gelato. Why the hell else would I be here?”

“To see me.” He grinned, fluttering his eyelashes at me.

I groaned. “No. Don’t do that. People never know if you’re serious or not. It’s killing my game.”

“I do, and you’re jealous of it,” I retorted, eyeing up the raspberry gelato.

“Same?” he asked, nodding at the gelato that had caught my eye behind the glass case.

“How do you stay in such good shape when you eat this almost every day?” he asked.

I shrugged a shoulder. “Good genes, I guess.” And lots of gym time.

Cade patted his belly that wasn’t obese but was more like a keg than a six pack. “I don’t think I got those.”

I chuckled, taking the gelato and moving down to the register. “Hit the beach with me a couple times a week, and I’ll bet you’ll shed some of that.”

“Maybe. In the meantime, I’m cutting out the cheeseburgers and beer.”

“No beer?” I gasped in horror.

“Sticking to the light stuff,” he replied.

I handed him my money, about to reply with a witty comment when I saw, or more like felt, something beside me. I turned to see what it was and spotted the woman I had been seeing.

She was pointing her finger at me. “That’s him,” she said, raising her narrow chin in defiance.

I looked to see who she was talking to and saw a big guy glaring at me. Oh shit.

I could hold my own in a fight, but I wasn’t a fighter. I had too much money. Any physical dispute I got into wouldn’t end when the last punch was thrown. It would end in a courtroom with me paying millions of dollars.

Because of that, I generally didn’t throw punches or push other men around. However, it was times like this I wished a fight wouldn’t come with a huge price tag. I had to defuse the situation peacefully instead of ending it quickly with my fists.

The guy stepped forward. “Hey, asshole. You like fucking around with other guys’ girls?”

I held up a hand. “She could have mentioned she had a boyfriend,” I said dryly.

The guy didn’t appreciate my comment and was coming toward me with a mean look in his eye. All I had wanted was a little gelato. Cade stepped around the corner and stood between me and the mad boyfriend.

He placed his hands on his hips as he stared down my would-be assailant. “Not today,” Cade growled.

I peeked over his shoulder, not at all ashamed to have Cade step in. The boyfriend looked pissed, but he wasn’t stupid apparently. He couldn’t take both of us. He shot me a look, pointing a finger at me and sneering. “Stay the hell away from my girlfriend.”

“Not a problem. She’s not my type. I don’t do threesomes.” I was unable to stop myself.

The guy lunged forward but was stopped by Cade’s beefy hand. “You don’t want to mess up my shop, man. I get real serious when people ruin my gelato.”

The dude stalked away, dragging the cheating girlfriend along behind him.

“Thanks, man,” I said, slapping Cade on the shoulder.

Cade went back around the counter and finished ringing up my gelato. “I don’t allow fighting in my shop. What was all of that about anyway?”

I let out a disgusted sigh. “I hooked up with the girl a few times. I really had no clue she had a boyfriend. When I found out, I ended it. You can’t trust anyone these days. I’m so done with dating. There is no sanctity in relationships anymore. Everyone is always looking for something better, but too afraid to leave what they have—just in case. I had a feeling something was off about that one, but I ignored my instincts and went along with other parts of my body.”

“You’ll find another woman. You always say you’re done with women and then you find another.” He handed me my change.

I moved to put the change back in my pocket when Cade picked up his tip jar and gave it a good shake. “I saved your ass,” he reminded me.

I reached into my pocket and pretended to be grabbing the change. When I pulled my hand out, I raised my middle finger and grinned. “You like my ass. It was as much for me as it was for you. I have to get back to work. I’ll see you later.” I headed for the door, catching a couple wooden spoons to the back of my head as I went.

“I should have let him kick your ass!” he shouted, startling the few people sitting at their tables and enjoying their frozen treats. “Maybe he would have taught you some respect!”

I stood at the door and waved before bursting into laughter. Cade was a good guy. I loved him like a brother. He was more like a brother to me than my own brother. We teased each other a lot, but at the end of the day, we both knew we had each other’s back. Maybe I could take him on a vacation to Italy. He could visit his homeland, and I could visit anywhere.

I mulled over the idea as I walked back to the office. I knew Adrian wouldn’t mind me taking a few weeks off. He’d had his honeymoon and then a lot of so-called sick days.

It was my turn to find some real happiness in my life.