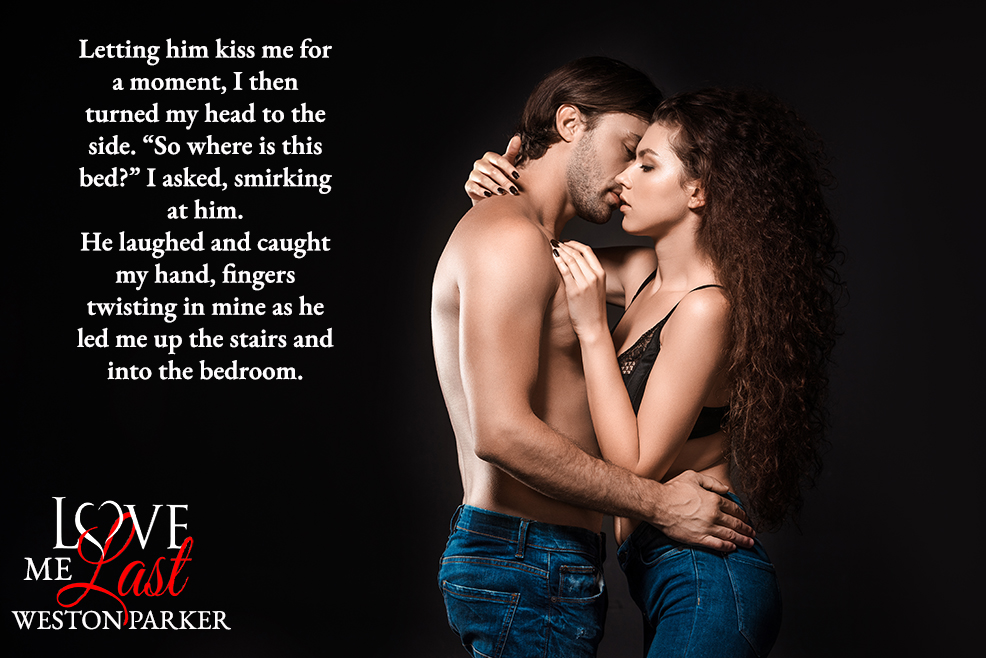 I took a deep breath of the cool air and let it out slowly. God, it was good to spend a little time outside. We were only halfway through the winter, but it already felt like I had been cooped up inside for months now, except for short trips from home to work, running errands, or bringing Booker to school.

But today was one of the warmer days of the winter, still not particularly warm but a hell of a lot better than it had been for weeks now. I had become so used to being out in the bitter cold that today, I found that I could strip down to my hoodie and stay warm, while Booker was dressed in his fall jacket instead of his winter one. He beamed up at me from inside the toy dune buggy that he had gotten for Christmas and hadn’t gotten a chance to use just yet. Smiling happily, he zoomed off across the backyard.

He was still just learning how to drive it, but I could tell he was getting more and more comfortable, and I waited for that moment when he pushed things a little too far. I should probably tell him to slow down and take it easy, but I also knew the kind of kid that Booker was. Until he had a crash, he wouldn’t understand why he needed to slow it down. He was fiendishly competitive even with himself, and he would continue to push the boundaries until he understood what the consequences were. That was just the way he was.

Better that he have a bit of a spill now while I was watching and before he got bolder and increased his speed.

Sure enough, as he headed around the house towards the front yard and the street, he hit an exposed tree root, and it tipped over, sending Booker tumbling out, fortunately onto the grass. I hurried over towards him, waiting for a wail of pain. But he didn’t cry at all. Instead, he just frowned, got to his feet, and tried to right the car. When it became clear that he couldn’t do it on his own, he finally looked over at me.

“Sure thing, Booger,” I told him, calling him by the affectionate nickname my brother had originally given him.

I helped him with the car, and he hopped right back in, zooming off almost as quickly as before. Shaking my head, I grinned. Maybe it would take a couple more spills for him to learn.

Of course, I worried about him sometimes, but I’d long since gotten used to the fact that boys were going to be boys. I wouldn’t be surprised if there were broken bones here and there as he grew up, though so far, Booker had never really done anything to make me worry too much about him. He was generally a pretty good kid and listened to me—most of the time.

Ace showed up as Booker was zooming down the driveway. He revved his engine as though he was challenging his nephew to a race, and Booker laughed like crazy as he got out of the way so Ace could park.

Booker parked his car as well and jumped out, running over to give his uncle a hug.

Ace laughed and hugged Booker back. “How’s it going, Booger?” he asked.

“Uh huh,” Booker said, running back over and jumping in the driver’s seat so he could zoom off again.

Ace grinned as he walked over to me. “Christmas present?” he asked me.

I nodded. “Yup. First time he’s gotten to bring it out, though. It’s been too cold.”

“Sure has,” Ace said, grimacing. He smirked at me, though. “You spoil that kid rotten, you know.”

I rolled my eyes, but I knew he was right. I’d always lived pretty simply myself, but things were just different when it came to Booker. I would give that kid the world if I could. I knew that part of it was my attempt to make up for the fact that his mother had abandoned him. But mostly it was just about making sure that this awesome kid had everything that he could ever possibly want. Seeing Booker smile just made my heart melt every time.

Besides, what was the harm of spoiling him if he was still a good kid through and through? I had worried about him a bit since he was an only child, but his report cards always came back with glowing remarks about how good he was at sharing and how kind and attentive he was in his classes. Somehow, I had really lucked out with him.

“So you’re still not back to work, huh?” Ace asked.

I shrugged and glanced over at him. “No reason to,” I said. I was a freelance financial advisor, but I tended to work in bursts, taking on a lot of work over short amounts of time, finishing it all off, and then taking as much time off as I could so I could spend it with Booker. I earned more than enough to keep a roof over our heads, plus keep savings in the bank. And it wasn’t like I couldn’t give Booker anything he’d ever wanted, though I tried not to spoil him too much. Besides, I wouldn’t be much of a financial advisor if I didn’t stick to a budget myself.

Right now, I was in the middle of one of those glorious periods off. Plenty of time to do whatever I wanted. I knew that a lot of people, like Ace, thought the way I structured my life was weird. They thought you should work as hard as you could five days a week for your entire life, and if you made extra money, it should all go towards a retirement fund. But for me, I firmly believed that you should take time and appreciate life now. You never knew how much time you would have with your loved ones, after all.

“Don’t you get bored when you’re not working?” Ace asked. “I mean, I like my days off as much as the next guy, but if I had too many in a row, I’d just go crazy. What do you even do with yourself?”

I shrugged and gestured towards Booker. “Well, Booger and I go on adventures,” I reminded my brother. “Today, it’s this. Yesterday, we did a little work around the house, and the day before that, we went out for lunch and one of Booker’s friends came over for the afternoon. We keep busy.”

Ace nudged my side. “You keep busy, huh? Been on any dates lately?”

I fought the urge to roll my eyes. I knew that Ace meant well. He just didn’t want to see me end up lonely. But he didn’t understand what it was like for me. With Booker around, I could never be lonely. And after some wild years through my twenties, becoming a dad had been a bit of a wakeup call. Now, I was trying to focus on being more mature and finding some purpose in life. I didn’t think it was a bad thing.

“You know that the only dates I ever go on are the ones you trick me into,” I said, trying not to sound too disgruntled. To be honest, it was kind of embarrassing that my brother felt the need to set me up. I always wondered just what it was he said to prospective women to get them to go out with me, but I’d never asked. I probably didn’t really want to know.

Ace groaned, though. “Seriously, man, we need to get you laid,” he said frankly, and at that, I did shoot him a withering look. Ace raised his eyebrow. “See?” he said. “You’re just proving my point.” He jostled my shoulder. “You’re too serious these days. You need to lighten up a little.”

I rolled my eyes. “What part of ‘I have a kid’ are you not remembering?” I asked.

Not that I was upset by the fact that I had a kid. Booker was awesome. The best kid I could possibly have imagined having. Sometimes, I wondered how I had gotten so lucky with him. It hadn’t been easy being a single parent, but somehow, things always seemed to work out in the end, and that was all that counted, really.

And to be honest, I’d never regretted trading in the life I’d had before for the one I shared now with my little Booger.

But as usual, Ace just didn’t understand. “Just because you have a kid, it doesn’t mean your whole life has to be over,” he said, not for the first time.

“My life isn’t over,” I said wearily. “It’s just different. I don’t have time for stupid dates.”

Ace raised an eyebrow at me. “It seems like you have plenty of time for dates,” he said, slowly. “What with, being out of work and all, you know. I know you love spending all day every day with Booker, but it wouldn’t kill either of you to have someone watch him once every week or two so that you could go out and have a little fun. There’s this thing called uncles. Or babysitters too for that matter.”

I didn’t respond, and I heard Ace sigh. He clapped me on the shoulder. “Just think about it, okay? I love the little boog as much as you do, but it would be nice to hang out alone with you again sometime like we used to. And face it, you really do need to get laid.”

“I’ll think about it,” I grudgingly agreed. But I didn’t really have any intention of doing what Ace thought was best for me. My life was going just fine right now. No reason to mess that up trying to navigate the waters of babysitters and awkward first dates. Of course, a couple of the dates Ace had tricked me into over the years had ended up being pretty fun, but things seemed to fizzle out pretty quickly when the ladies realized how much time it took to properly raise a child. As soon as they did, they went running for the hills.

And that was fine. If they didn’t see how awesome Booker was, I didn’t want them in my life anyway.

But I pushed those thoughts away. It wasn’t like I could just invite someone back to my house with me, not with Booker sleeping there. And the only person I trusted Booker with overnight was Ace, and I wasn’t about to stay out overnight and face the obnoxious morning-after teasing from him.

There was just no way for things to work out, and I had long since come to be fine with that realization. I didn’t need anyone in my life anyway. No one other than Booker. He was more than enough to make me content.