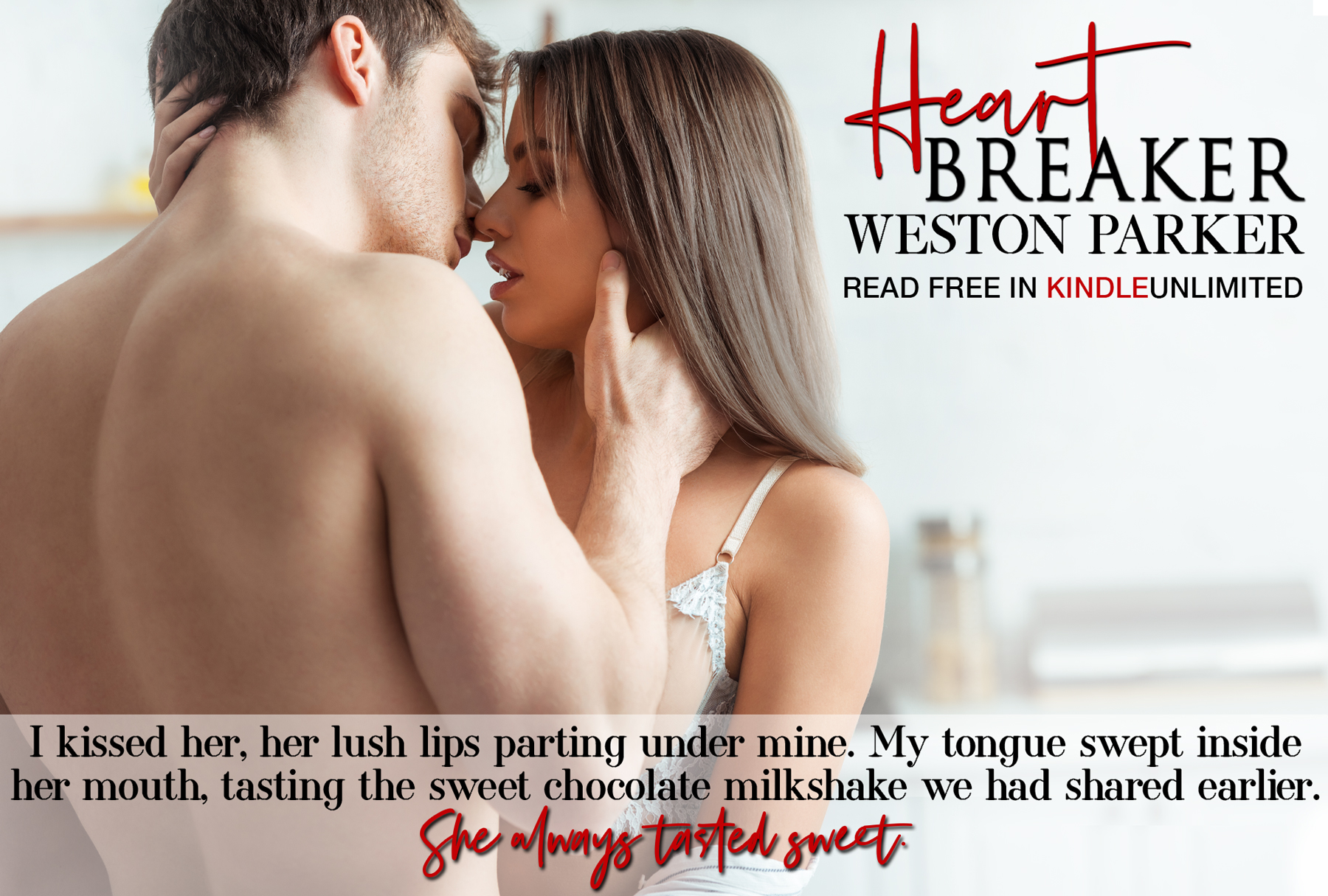 “Bullshit!” I growled and tossed the stupid rag mag onto my desk, scowling at the thing as if it were a venomous snake.

My brother, David Daniels, looked over the top edge of the paper he was reading. “Problem?” he asked, cocking one dark brow.

“How can you read that nonsense?” I snapped.

He chuckled. “Did you know Jennifer Aniston has three children she keeps hidden away from the media?”

I rolled my eyes. “And I have pet dragons in the basement.”

“You don’t have a basement,” he replied.

He grinned. “You’re so funny.”

“Those magazines are trash. Who actually reads that shit?”

He held the magazine out and looked at the cover. “According to this, fifty million people read this.”

I gave him a dirty look. “And I am the father of dragons.”

“Why do they give a shit?” I asked. “There are thousands of weddings, divorces, and engagements every day. Why do they care about mine?”

“Do you want me to stroke your ego? You don’t pay me enough to do that, big brother.”

“No, I don’t need you to stroke anything,” I retorted.

He grinned. His lopsided smile, with the shaggy hair that was a little too long by professional standards, was hard not to like. He was often compared to a young Brad Pitt. I supposed I could see the resemblance, but I wasn’t about to tell him that. “I guess when you’re engaged to one of the most beautiful, successful models in the entire world, you don’t need me stroking anything. There’s already lots of stroking.”

“What did you think they were going to say? She’s one of the sexiest women in the world and there are a lot of men out there who want to kill you. The same could be said for her. You’ve got women falling all over themselves to get in your bed who would love to see her out of the picture. When—and these are not my words—the sexiest, wealthiest bachelor alive gets engaged, it’s big news.” He wiped his mouth. “I think I just threw up a little.”

That made me laugh. “Don’t be jealous, little brother. Only some of us get beauty, brains, and charm.”

“Thankfully, I got them all.” He reached for the paper I had tossed and picked it up. “What did yours say?”

He made an approving face. “That could be interesting. Another model? Wait, that hot actress that kicks ass and has the lips of an angel?”

“The third party in my love triangle is a man. Some actor that Amber used to date. That story says he’s the father of the baby she’s carrying.”

“Oh, well, that’s good, but the one I read was even better,” he said with a smile.

I groaned, rubbing a hand over my face before jumping up from my chair. “What the actual fuck? How do they make this shit up?”

“Why can’t I just have a normal relationship and a normal engagement?”

“Not anymore. You haven’t been just Evan for a long time. You’ve been in the tabloids pretty steady for years. What’s the big deal? It’ll blow over. Someone will find Aniston’s babies, and she will dominate the next news cycle, and no one will give a shit about you.”

“There’s an idea,” I mused aloud. “I could hire some kids and tell them to claim they’re hers.”

He laughed. “She would sue you.”

“She would never know.”

“Seriously, you want me to call a PR team? We can spin some positive news and drown out that nonsense.”

“You have to control the narrative. I don’t see these stories going away. If they truly bother you, you’ve got to do something about it.”

I flopped back down in my chair, my arms on the soft armrests as I spun around to look out the window of my huge office that overlooked the Miami beach waterfront. I mulled over what David said. I had been in the press before. I had some pretty wild stories written about me in the past and it never bothered me. I ignored the stories because I didn’t care what people thought about me and I knew it wasn’t true. My family knew it wasn’t true and that was all that really mattered.

The wedding situation did bother me. It was a little too close to the truth. No threesomes or secret love children, but it wasn’t quite as perfect as I wanted the public to believe. My engagement to Amber had left me uneasy. I popped the question and did it with lots of fanfare and a big-ass ring, but it wasn’t from my heart. I did it because it seemed like the right thing to do. Amber loved me and people were constantly asking when we were going to tie the knot. Truthfully, I had been pressured into doing it and that pissed me off. I wasn’t the kind of man who caved under pressure.

Amber was a beautiful woman. She was successful and relatively intelligent as well as driven. She knew what she wanted, and she went after it. I sometimes felt like I was her target. She’d set her sights on me and I couldn’t have gotten away if I tried. It was flattering and a huge ego boost to be the man the world’s most famous supermodel wanted.

It was a little intimidating to be her boyfriend. I always felt like I had to be the guy that was worthy of Amber Marks. Amber wasn’t like me. I admired her, but she and I were very different people. She loved publicity. I did not. She could work a crowd and have everyone eating out of her hand with very little effort. She’d been wealthy most of her life and was used to sophistication and refinement. I had to pretend to fit into that world. I had billions in the bank, but I never felt completely comfortable with my status. I still had to remind myself I couldn’t drink beer from the bottle when we were out or wear an old pair of comfy jeans when I went out. I always had to be on because I was Amber Marks’s boyfriend. It was a lot of pressure.

“Well?” David said, pulling me back from my musings.

I spun the chair back around to look at him. “Amber doesn’t deserve this,” I said.

“Deserve what? Publicity? Have you met your soon-to-be wife? She thrives on publicity. It’s what she lives for.”

“She likes good press, not this nonsense,” I retorted. “It isn’t fair to her that they are saying such horrible things about her.”

He smirked. “Amber is firmly in the camp that there is no bad press. She has purposely kissed women to start rumors. Remember that time she bought a pregnancy test and walked out of the store with it in plain view, knowing damn well the paparazzi were waiting? I don’t think any of this is a problem for her.”

“Still, I don’t want her to have to deal with this. She should be able to enjoy this time in her life. I don’t like this.”

He shrugged. “It’s really not that bad. You’re making up excuses. What’s really going on?”

There was a soft knock on the door before it opened and my assistant stepped in. “There’s a florist on the line. She says she heard about your engagement and would love to offer her services.”

I groaned, rolling my eyes. “Add her to the list.”

She smiled. “Will do,” she answered before leaving the office.

“Probably. Isn’t that the dumbest thing you’ve ever heard? I have a list of names from caterers, cake makers, florists. You name it, they’ve called. All of them are offering their services. They want the publicity and the clout that comes with being involved with the wedding. They are acting like it’s Kate and William two-point-oh.”

“Why are they calling you?” he asked.

I let out a sigh. “Amber is in France on some big shoot. She’s too busy to deal with it, so they’re stalking me.”

He laughed, shaking his head. “Oh yes, that’s the big step. Buying the ring and popping the question was nothing.”

“One of the real estate guys we work with recently got married. His wedding was awesome. I’ll get the name of the wedding planner who put his wedding together. The wedding was very upscale, tasteful, and one of the better weddings I’ve been to.”

“You sound pretty excited about this wedding,” he said with heavy sarcasm. “Why are you doing this? Why not just have one of those long engagements and people will forget all about you and Amber?”

It was good advice. It would work. I could tell Amber I wanted to wait a few months. Hell, maybe I could drag it out a year. With some time, maybe I could be more at ease with the idea of marrying a woman that I wasn’t completely sure I was in love with. It was more like she was a good friend and we had fun, but the idea of waking up every morning with her and going to bed with her every night. Every. Fucking. Day.

“I can’t,” I murmured. “Just get me that planner’s number. I’ll show up on the day of and get it over with.”

“Again, you sound thrilled with the idea. I’m sure Amanda will just be running down that aisle to marry your ass.”

I shrugged. “She’ll get to wear a pretty dress and people will worship her. That will definitely send her running down the aisle.”

He gave me a look, the kind of look that said he knew me too well to believe my story. Fortunately, he didn’t press the issue. “I’ll make a call. I have to get to a meeting. I’ll talk to you later.”

“Thanks,” I said and watched him walk out.

I turned my attention to my computer monitor. My company’s logo greeted me. I was proud of what I had accomplished. I couldn’t really say it had been a lot of hard work to build my empire, but it had taken some careful decisions. I prided myself in my ability to make savvy investments. It was those investments that had taken me from a small town in the Florida Everglades to running one of the top companies in the world with my headquarters in Miami.

It was a long rise to the top, but I couldn’t forget my roots. I didn’t want to forget where I had come from. It was why I had made David my right-hand man. I needed family by my side. One thing I had learned on my rise up from poverty was you could trust no one. David was my best friend, brother, and the man I trusted most in the world. He knew me better than anyone, except for maybe my mama.

I couldn’t feel sorry for myself. I had it all. I had everything a man could need. I knew there were at least a million guys out there that would love to take my place. I didn’t dislike my life, but I was a little lonely. I longed for real companionship, the kind that couldn’t be bought.