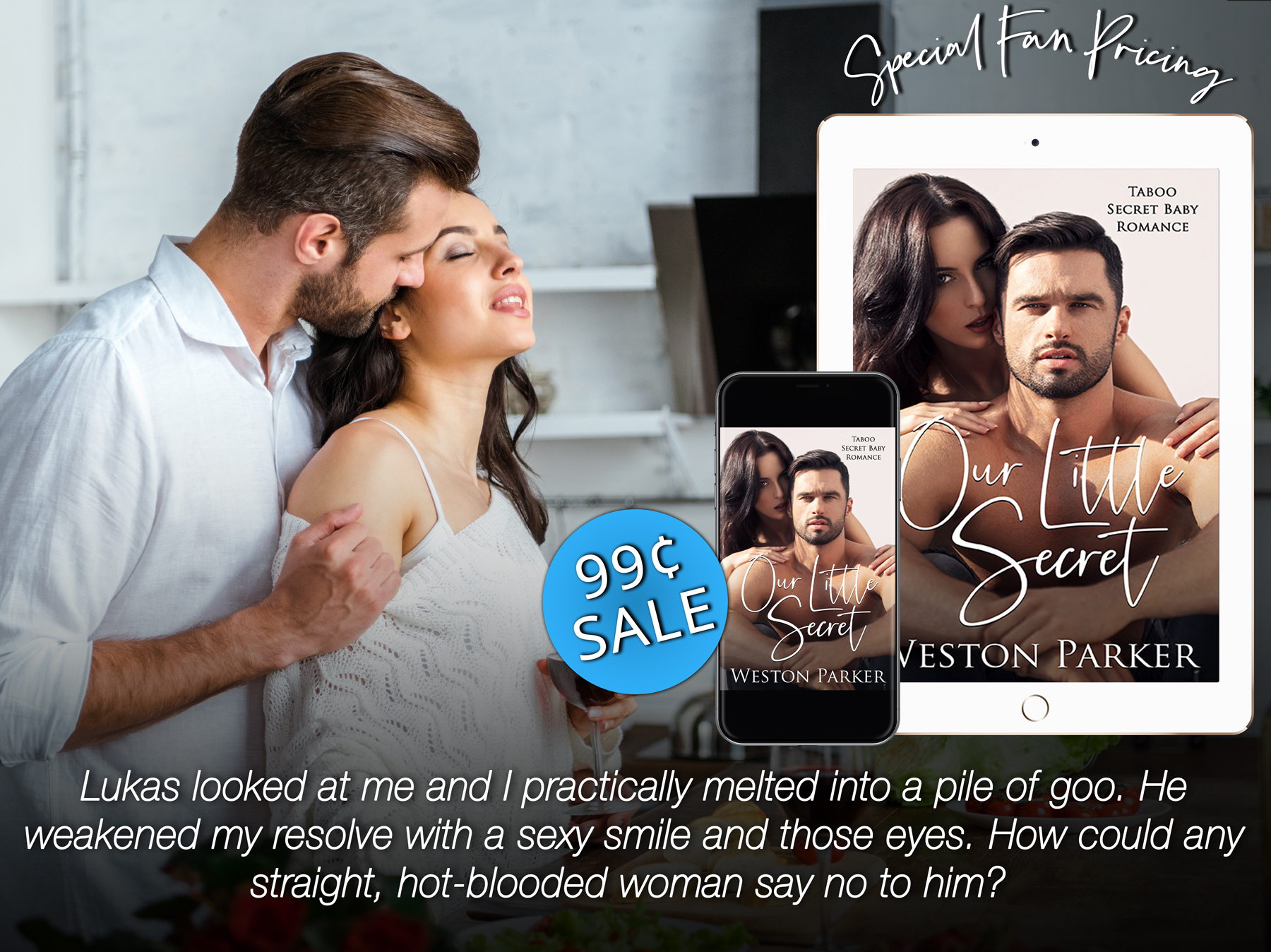 I made my way over to one of my most promising students’ workstation. I stood behind her and watched her use small brushstrokes to create what appeared to be the face of a young girl. She loved impressionism. So did I. Maybe that was why I was naturally drawn to her art. I stared at the image of a little girl sitting in a field of wildflowers. The painting was good enough that I could actually smell the earth and feel the sun on my face. It wasn’t even done yet. I couldn’t wait to see the finished product.

“Your palette is lovely,” I said from behind her. “Your color blends are harmonic.”

“Thank you,” she said and stopped painting. “I wasn’t sure if I should stick with pastels or try something new. I feel like I’m always using pastels.”

“There is no right or wrong way,” I told her. “This is your art. This is you expressing what you see and feel. If you see in pastel, stick with it. Every artist has their own view of the world. I want to see your view. It’s beautiful.”

“Thanks, Miss Owens,” she said and got back to work.

I moved around the large classroom to inspect the progress of my other students. This was a second-year art class. I didn’t teach a specific style of art in this class. This particular class was about shaping young artists into future experts. I guided them as they grew in their chosen style of art. I provided counseling and advice about how they could improve their technique. I couldn’t possibly teach them how to be better artists.

I did have a few students who took the class just because they thought it was an easy credit. There wasn’t much I could do about that, but I hoped everyone that walked through the door learned a little something. If they weren’t going to be artists when they left school, I hoped they could appreciate the art they did see.

“Nice work,” I said in a quiet voice as I tapped another student on the shoulder.

The large open studio was a dream for me. When I was offered the position, my first question had been about the classroom. I wanted lots of natural light. I wanted open and airy. I didn’t want my students sitting on top of one another. I taught painting and it could get messy. This space was perfect. On one wall, I hung a variety of past and current students’ work. I even had one of my own paintings on display but never advertised it was mine.

“Marcus, I love it!” I exclaimed when I saw the cubism painting the man was working on. “I had no idea you liked this style.”

The man, who I guessed to be in his mid-thirties, looked up and smiled. “Neither did I.” He laughed. “I saw it in a book and wanted to give it a try.”

“You’re very talented. It’s a style I’ve never been able to master. I can’t wait to see the finished product.”

“I guess you can teach an old dog new tricks,” he teased. “My wife thought I was crazy when I said I wanted to take art classes. I hope I can actually make some money doing this or she’s going to make me go back to being a salesman.”

“Hey, if you’re old, I’m right there with you, and I am not old,” I said with a laugh. “And you keep painting like this, you will definitely make some sales. This is all the rage right now. “

“You can’t be more than twenty-two,” he said with a flirty smile.

“Yeah, we’ll stick with that,” I said and walked to the next station.

Not every student had a future as an artist, but I always encouraged them. I offered them constructive criticism. Art wasn’t exactly something that was a life or death job. If they failed an art class, I didn’t think it was the end of the world. They could still go on to do something else that paid the bills. There was no reason people shouldn’t do what made them happy if it didn’t hurt anyone. Art gave people an outlet to express their feelings.

I wished I had the same support when I was growing up. Dad was not thrilled about my interest in art. He thought art was a hobby, not a job. When I insisted it was what I wanted to do, he had been very upset. He thought I was wasting time. He was convinced the only option was a degree that had me sitting in an office. He refused to look at my art. He always brushed it off and considered it a hobby, not a passion. He insisted I have a backup plan because art was not a career. I enjoyed proving him wrong every single day.

I smiled when I stopped at my next student’s canvas. “I love your use of colors,” I said. The painting was very elementary and it was clear the kid didn’t have a future as an artist, but I wouldn’t discourage him.

Professor Owens. That’s right. My career and my passion had gotten married. I was an art professor. It was my dream job. I loved teaching and I loved sharing my love of art with young, impressionable people who were trying to find their way in life. Some just dabbled in art, but some were extremely talented and would go on to be very successful artists in their fields.

“Okay, everyone,” I said and made my way back to the front of the room. “Let’s take a poll.”

Some continued to paint while others put down their brushes and gave me their attention. It was a small class. Only twenty-two students. This was the advanced class of sorts. This was the class the more serious students interested in becoming artists took.

“Who feels like they are on their way to an A for their semester project?” I asked.

“Why, David?” I asked one of the students who had made very little progress on his project.

The young man shrugged his shoulder. “I don’t like where it’s going,” he said.

We clearly had very different ideas about his progress. This was one of those students that somehow got into my class with no intention of actually learning or growing from it. There was always one.

“I would suggest you sit with it,” I told him. “You started it with a vision in mind. It’s easy to lose your way when you’re in the thick of it. You need to go back to the beginning and remember what your original vision is.”

I smiled at his nickname for me. I was sure it was what he called all of his professors. “Everyone, please put your canvases in your lockers and we’re done for the day. Get out and get some inspiration from the changing colors. Love where you live!”

Most of the students were from the Richmond area, but there were some who moved to Virginia to go to school. I wanted them to get out and enjoy the beauty of the area. I always found it to clear the creative blocks that came from sitting inside a classroom for too long.

While they cleaned up and put away their palettes and canvases, I sat down at my desk to go over the syllabus for the afternoon class. It was Drawing 101. Not my favorite by any means, but I was on a three-three contract. I needed to teach three classes both semesters. It paid the bills and it allowed me to do what I loved. And teaching drawing forced me to be better at it. That was where the real bread and butter came from

“Bye, Professor,” the students said as they filed out of the classroom.

I waved and nodded as they left. I opened my laptop to check my email. I did some freelance work on the side and I was expecting a job offer to come in. I liked flexing my artistic muscles. I did some illustrating on the side to help make ends meet. One day, I was going to buy a house. I just needed to have a little more saved up.

There was nothing in my email, which was a little disappointing. I closed the laptop and got up from the desk. I turned off the lights and locked the door behind me. I was thinking about leaving campus to get lunch but was too lazy. I didn’t want to mess with walking all the way to the staff parking lot and then dealing with traffic.

I had office hours scheduled in thirty minutes. I would eat after the day was done. I walked down the hall with the wooden floors. My heels clapped against the wood, creating an echo around me. I had my keys in my hand and jangled them in time with the sound. I opened the small mailbox mounted to the wall outside my door and pulled out a single envelope.

I unlocked the door and went inside. I put down my laptop bag and turned my attention to the envelope. I quickly opened it and groaned. “No thank you,” I muttered.

It was an invitation to a staff mixer. That was about the last thing I wanted to do. I was one of the younger professors at the college. I was thirty-one and spent way too much time with old people. Maybe not old, but most were old enough to be my parents. I did not want to spend my Friday night hanging out with people I worked with. Professors weren’t exactly a lively bunch. There was always a lot of politics at those things.

I preferred to spend my weekends home alone. Not exactly living it up, but I preferred my own company over the idea of making small talk with people I didn’t necessarily like and had nothing in common with. I tossed the envelope and invitation on the desk.

I still had some time before I had to officially be open for student questions. I closed the door behind me and sat down. I needed to start thinking and planning for next semester. I tried to change things up now and again to keep things exciting. I got bored teaching the same thing all the time.

There was a knock on my door. I assumed it was a student stopping by early. I opened the door to find a very handsome man staring back at me. He didn’t look like a student. I had never met a student that dressed in a suit. A tailored suit at that. One that looked like it cost a small fortune.

His hairstyle befitted a younger man. It was short on the sides and just a little longer on the top. It was purposely styled to be messy. It was sexy. The hazel eyes staring at me with irritation snapped me back to reality. He wasn’t a student. “Can I help you?” I asked.

He held up the envelope that looked identical to the one I got. I quickly made the assumption he was faculty. I thought he looked vaguely familiar but I couldn’t say for sure who he was or what he taught. Did he teach? Maybe he was on the faculty board. I didn’t know of any professor that wore expensive suits. I was used to the standard cheap suits and sweater vests. I had stopped looking to my colleagues as a potential dating pool.

But this man, damn, he was hot.

And off limits, River.