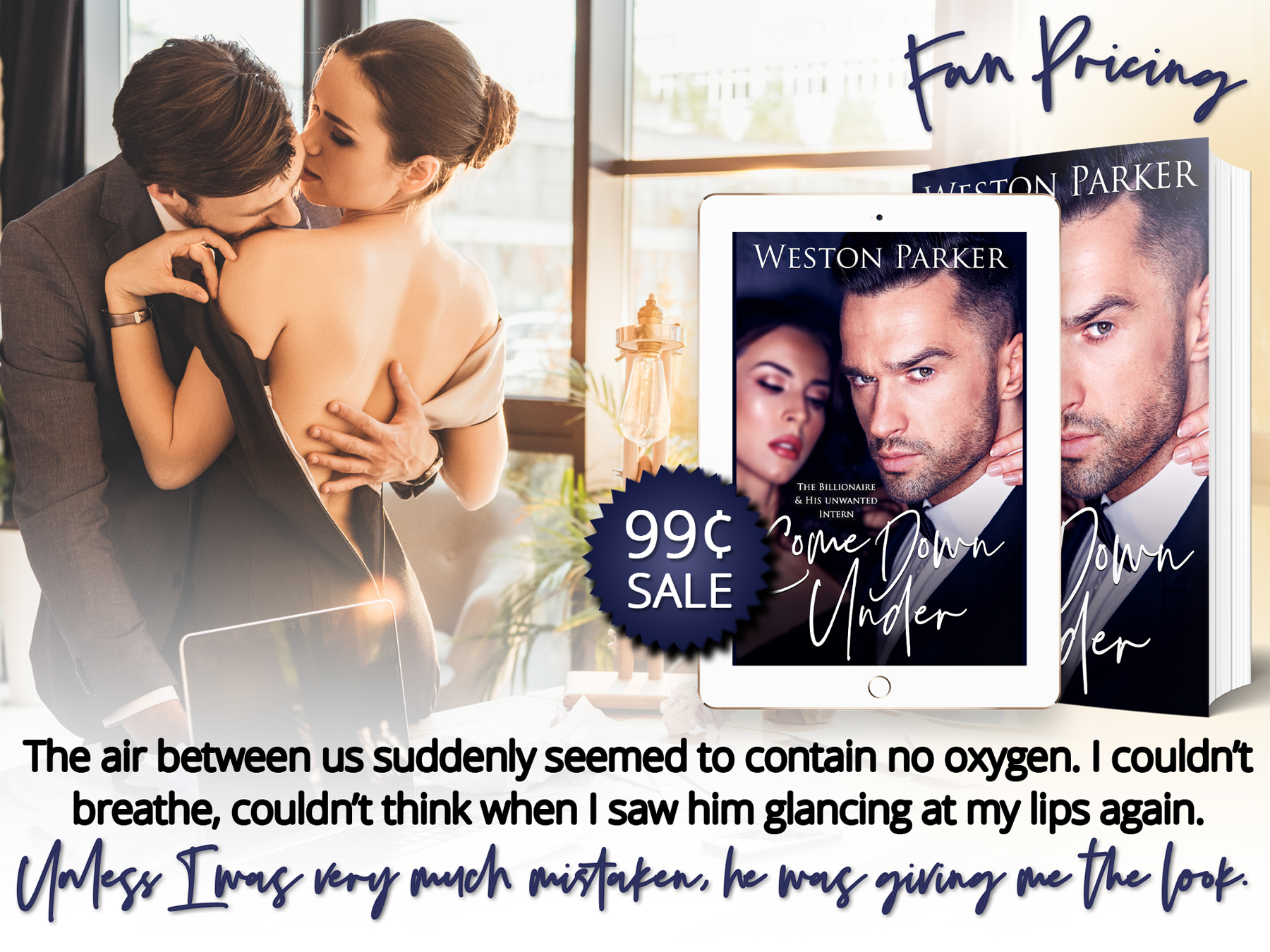 It was the place dreams were made of. My dreams anyway.

Maybe that made me a nerd, but I didn’t really care. The iconic town and famed university had captured my heart the first time I’d seen it in a picture, and the more I’d learned about it, the more desperate I’d become to attend.

Getting in had been my goal for the first eighteen years of my life. Working toward first my degrees in business had kept me busy for the last seven. To get this far, I’d become a master at filling out scholarship application forms.

Every minute spent stressing over whether I would get it, every night spent tossing and turning over what I would do if I didn’t, it would all have been worth it when I got to get up on that stage in my black gown.

Soon, I would graduate with my PhD from one of the most prestigious schools in the world. I, Roselyn Lily Joyce of middle-class origin from small-town America, would be Doctor Roselyn Joyce, holder of a degree from Oxford freaking University in England.

Excitement made my heart thrum like a hummingbird in my chest. I had only one more semester to go before I graduated. It was my final semester before I had to figure out what to do with the rest of my life.

If I was lucky, I would get to spend the next six months researching a world-class businessperson and being mentored by them at the same time.

They offered mentorship for the last semester to all the candidates in my program, but there was only one international internship up for grabs. The competition to get it had been fierce. An internship with someone of such high caliber was hard to come by for those of us without networks and contacts of our own.

We hadn’t been told yet who the tycoon offering a spot at their company was, but it didn’t matter. I didn’t really care who the subject was, and neither had any of the others. It was bound to be someone we could learn a lot from while researching them for our final report.

We’d been waiting for weeks to find out which one of us had been selected. The chosen one would not only get to study a renowned entrepreneur but would also get to do it in Australia.

Before the applications had opened up, we’d been warned to apply only if we were willing to move to the sunny land down under for the duration of the semester. They’d said it like having to move away for half a year might deter some people from applying. It hadn’t.

I’d never been to Australia before. Hell, before coming to Oxford, I’d never even left the great state of Ohio. I’d done some research on the place, though, and getting to spend six months there had only made me want the internship more.

Early this morning, I had received an email from my adviser asking me to come in for a meeting in his office at noon. My fingers were crossed that I was about to find out whether I would be the one packing my bags for the trip.

Even if I hadn’t been selected for the internship, I still hoped the professor was about to tell me who my assigned mentor for the semester would be. Not having been the successful applicant for the internship would suck, but at least then I’d know.

The uncertainty was becoming unbearable, and any mentor was better than no mentor. Just having the opportunity to work with someone who could teach me how to become successful was more than good enough for me.

The clock tower outside my professor’s office chimed at exactly noon, and I sat up a little straighter. He would return from his class any second and hopefully give me the news. If this was just a standard checking-in meeting, I was going to feel like a total idiot.

Dragging in a deep, calming breath through my nostrils, I caught a whiff of sage and lemon hanging in the air. God, I love that smell.

One day when I was old and gray, I would still associate that cool, clean smell with this incredible place. And I would still be in love with it.

Before the last chime sounded outside, the door behind me opened and my advisor walked in.

Professor McDonald was an older man or, as I had learned they referred to him here, a “distinguished gentleman.”

Elegantly striding across the hardwood floor, he hung his leather satchel on its designated hook and smoothed out his jacket before taking a seat behind his desk.

“Good afternoon, Ms. Joyce,” he said, the corners of his lips tipping into a brief but polite smile. His blue eyes were sharp but kind as they rested unwaveringly on mine. “I trust you are well?”

“Very well. Thank you, professor.” I inclined my head gently, trying to mimic the poise with which people did things around here. “How about you?”

He waved a wrinkled hand in one short but somehow still graceful motion. “Oh, I’m fine. I wanted to meet with you to discuss the mentoring and internship opportunity in Australia.”

Hope sparked in my chest. I managed not to scoot to the edge of my seat and start bouncing in anticipation, but it was difficult not to. It’s time. It’s finally time.

“Yes, sir.” My voice came out a touch squeakier than I’d have liked, but my hands remained folded in my lap. Hopefully, there was no external sign of the bounciness I felt inside.

“I have good news for you.” He reclined in his shiny leather chair, but his calm eyes stayed on mine. “Congratulations. You have been selected as the successful candidate. I hope you’re still willing to relocate temporarily.”

It took everything I had not to jump up and break into a victory dance, but I restrained myself—for the moment.

“That’s wonderful news, professor.” I might not have broken out in a spontaneous dance routine, but I couldn’t stop a wide grin from spreading on my lips. “Thank you so much for choosing me. I’m more than willing to go.”

“It wasn’t only my decision, so there’s no need to thank me. You’re one of our top students. We’re proud of you and we know you’ll make us proud in Australia.”

“I will, sir.” I wasn’t even just grinning anymore. I was beaming. “I plan on making the most of the internship, learning as much as I can, and delivering an excellent final report.”

“I’m sure you will.” He laced his fingers together. “There’s one more thing that we expect from you while you’re there, though.”

“Anything, professor.” I was ecstatic about this opportunity. There was nothing they could throw at me I wouldn’t be willing to do to learn from one of the top businesspeople in the world.

My advisor peered at me over the top of his horn-rimmed glasses, reaching up to adjust them while sliding open one of his desk drawers. “We’re interested in developing an undergraduate course about the entrepreneur your internship has been set up with.”

“Okay.” Bubbles of elation still traveled through my veins. “If you’d let me know the information required, I’ll be sure to collect it while I’m there.”

He pulled out a thick manila envelope and placed it down in front of him, laying his hands over the top of it. “This is the material of a similar course to the one we’re looking at developing. It would be useful if you could look over this for a start. I’ve also included a list of basic information we’d need, as well as a rough-draft curriculum.”

I nodded. “I understand. You need me to populate the items in the curriculum in its current form and to trim and tailor it as I learn about them.”

Professor McDonald smiled, looking mighty pleased with himself. “You’re quite right. I knew you were the best candidate for the job.”

The hummingbird started doing its thing in my chest again. I couldn’t believe I’d actually gotten chosen for this. In two weeks, I’d be hopping on a plane to the other side of the world. I’d get to explore another country while helping to develop a course for future students and I’d get to learn from the best.

It was just mind blowing.

It didn’t mean there wasn’t a tiny twinge of sadness in my heart that I’d be leaving Oxford, but I was ready for this journey.

I’d be back here for graduation, after all. As much as I loved this town, not even the thought of leaving could dampen my enthusiasm.

The professor slid the envelope across his desk. “If you have any questions about what we expect of you, please let me know. I’ll also need your proposal for your final report before you leave. We’ll set up another meeting to go over that once I’ve received it.”

My body jerked. “Oh, I already have it ready for you.”

I couldn’t believe I’d almost forgotten about it. Leaning over, I unzipped the top of my backpack and pulled out the navy-blue folder containing my proposal.

Professor McDonald took it from me with a shake of his head but a smile on his lips. His chest was also puffed out just a little more than usual. “I should have known you’d have it ready ten days early.”

He flipped through the papers briefly before lifting his gaze back to mine. “This is why I’m so sure you’re going to make us proud, Roselyn. You always do.”

I blinked in surprise. My advisor didn’t exactly dish out compliments regularly. Darn. This day just can’t get any better.

“Thank you, professor.” The events of the last ten minutes had me feeling some kind of way, and I couldn’t quite contain my excitement any longer. “So, who’s my mentor going to be?”

“That’s the best part.” He leaned back in his chair and clasped his hands together, a totally uncharacteristic cheeky grin spreading on his lips. “You’re in for a treat, my dear Roselyn. We’re exceptionally proud of the department’s brand-new association with this man. It’s Jude Hudson. Can you believe it?”

Blood rushed in my ears. My heart thudded dully in my chest and my mouth dried up.

No. No, I really couldn’t believe it.