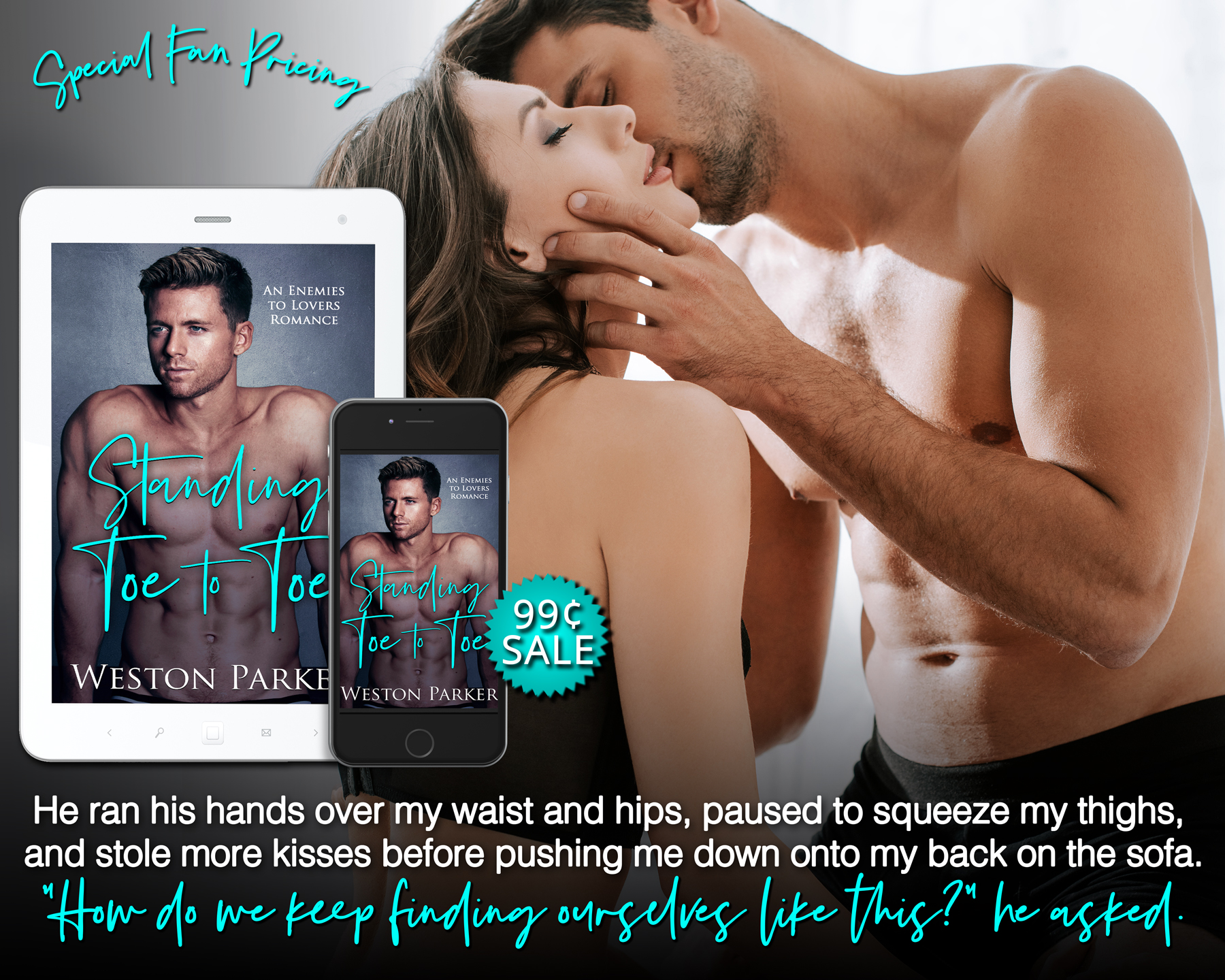 It was almost time to begin.

Jonathan D. Ravenworth, my boss, took his seat to the right of the woman sitting at the head of the conference table. Today, he wore a dark blue suit. A burgundy pocket square with gold detailing winked for attention on his chest. I couldn’t tell from where I stood at the other end of the table, but I was fairly certain it was a Christmas pocket square.

Leave it to Jon to find a way to incorporate the holidays into everything he wore, even one of his sharpest suits.

My client, Mrs. Julia Pratt, sat at the head of the table with her head inclined slightly backward. She had a soft jaw and beautiful skin. Her cheeks were rosy either from her blush or the chilly Vancouver air. She’d just arrived fifteen minutes ago and abandoned her jacket on the chair behind her.

She studied the dozens upon dozens of sparkling snowflakes dangling from the ceiling by fishing wire. Jon’s receptionist, a young woman he’d hired not three weeks prior to this meeting, had hung all of them up last Friday, and it was only a matter of time before the holidays threw up all over the rest of the office.

The snowflakes were an unnecessary distraction. The JDR Agency was a place of business. Glittering snowflakes had no purpose there, especially in the conference room.

I cleared my throat and smiled. Mrs. Pratt looked from the festive ceiling to me. She wore a pleasant smile and her lips were the same tinted cherry hue as her cheeks. “Are you ready to begin?”

Was I ready? Of course, I was ready. I’d only been preparing for this presentation for the last three weeks.

I’d spent every minute in the office working on this contract. It was a big one, and there was a lot of pressure to secure Mrs. Pratt’s business. I was confident I was the right woman for the job.

Mrs. Pratt was a woman with flair. I’d known that about her from the first second I saw her. She’d been dressed in a sequin blazer and flared jeans that were just shy of being considered bell bottoms. They were designer, of course. So were her Jimmy Choos and the Prada handbag she’d carried in the groove of her elbow.

After shaking her hand during that first introduction, I’d silently concluded that the only thing missing from her statement ensemble was a teeny tiny dog in said Prada bag.

My presentation had been built around Mrs. Pratt’s flair.

She was the CEO of an up and coming matchmaking phone and web application called Perfect Pairings. The idea was that it paired like-minded people with their potential soul mates. Mrs. Pratt seemed to think it was unique, but from where I was standing, I recognized how much competition there was in the marketplace for such apps. People were always looking for love—and their soul mates.

It was my job to find a way to make Perfect Pairings stand apart from the other options out there. It needed a niche. A statement. A defining feature. Something. If I couldn’t find a way to make it stand out, then there was no reason for Mrs. Pratt to choose me as her marketing agent. And if she didn’t choose me?

Well, there was a lot on the line for me today.

Jon had been talking about retirement for the past six months. Ever since he married his new bride after sixty-three years of being a single man, he’d wanted to spend less time at the office and more time with her. I teased him for going soft and he only ever smiled.

Over the ten years that I’d worked for the JDR Agency, Jon had said dozens of times that he wanted to make a position for a long-term employee partner in the company before he stepped down. If this presentation went well and I secured Mrs. Pratt as a client, I knew I would climb the ladder and be among the top names in his pool of choices for partner.

Me and one other name.

But I didn’t like to think of him right before getting down to business. Too much was on the line to get distracted by petty irritations.

It was time to begin.

I lifted my chin and squared my shoulders as I made eye contact with my client. “Based on my research, I have discovered that it takes an average of eighty-eight days for men to say those three little words: I love you. Now consider this. Eighty-eight days breaks down into two months and twenty-four days. How many dates would you say a busy woman like yourself could squeeze into that timeframe, Mrs. Pratt?”

My client pursed her Botox-filled lips, or rather, she tried to. They remained plump and full and glistening. “I suppose one per week. Maybe two if I really liked the man.”

“Right,” I said, pleased by her answer. That part of the presentation had been a gamble. I was making a lot of assumptions by basing the presentation strictly on her response. If she’d said she could go on four dates a week, I’d be scrambling with my pitch. “Let’s go with the premise that you do in fact really like this man. You might even be thinking he could be the one. But even so, in eighty-eight days, or twelve and a half weeks, that only gives you twenty-four dates. Maximum. Do you think you could feel confident in telling a man you loved him in that timeframe?”

“Exactly,” I said. “And consider what those dates might be. Sure, many would be of substance. A nice meal enjoyed with a bottle of wine and perhaps a nice stroll through Gastown afterward. But it’s naïve to believe every date would be like that. Some might be short. A quick meeting for drinks. Some might be canceled due to circumstances. Some might end in disappointment. Some might be shared with other couples on double dates. And some might be spent meeting family. How does that make you feel?”

Mrs. Pratt tapped one long ruby-red nail on the edge of the table. “Overwhelmed.”

“Indeed.” I turned and strutted to the vision board I’d propped up behind me on an easel. It was currently covered by a white tablecloth that looked more professional than it was. With a flourish, I pulled the covering off, revealing the branded vision board beneath. I’d incorporated early-stage designs the client had shared with me during our first sit-down visit, including the logo they were toying with using. Even if they changed their mind, that would be something we could adjust down the line, but I wanted to show Mrs. Pratt something real. Creating a mental image had always come easily to me but I knew others didn’t have that same skill. In my experience, providing a concrete visual could be the determining factor between signing a contract or having them walk.

Mrs. Pratt sat up a little straighter in her chair as she studied the board.

“Women,” I said with a knowing grin, “take a bit longer than men to fall in love. On average, they require one hundred and thirty-four days. And this makes sense, doesn’t it?”

Jon rubbed his jaw with one finger and shot a look at Mrs. Pratt.

My client nodded agreeably. “I suppose it does. We’re fickle creatures.”

I didn’t agree or disagree, but she was on track with where I wanted her to be, so I smiled. “Precisely. Women weigh a lot more of the pros and cons before diving into a serious relationship. Does he meet my needs? Will he be a good father? Does his mother still fold his clothes when she visits? Does he cook? Does he—”

I chuckled. “We all know you’re a catch, Jon. But you’re off the market now.”

“The point I’m trying to make here is that men fall in love easier than women,” I said. “So, with that in mind, it only makes sense that we use it to our advantage.”

Mrs. Pratt tucked her chair in closer to the table so she could rest her elbows upon it. “And how might we do that?”

I was glad she asked. I’d noted in my cue cards, which I hadn’t needed to use because my entire presentation was committed to memory, that this was the place to pause and wait for her to engage. Moments like this were crucial for me to measure whether or not I was on the right track. If she hadn’t asked the question, it meant I wasn’t close to having her buy in.

I opened my mouth to respond but caught movement out of the corner of my eye. My attention flicked briefly to the glass walls of the conference room. On the other side was the office. From here, I could see the open door of my own private office, as well as Jon’s, and the beginning of the shared office space.

But I wasn’t looking at the office itself.

I was looking at Ethan Collinder, my insufferable colleague and the only competitor I had in this place vying to take partner out from under me.

We locked eyes and he gave me a smug smile as he tucked his hands in the pockets of his suit pants and rocked back on his heels. The bastard wanted me to blow this. He’d wanted the contract for himself but Jon had handed it to me, deciding that a woman would have better chemistry with Mrs. Pratt and her needs. Ethan hadn’t liked the decision but he respected it.

Ethan pulled one hand from his pocket and waggled his fingers at me in a disguised taunt.

I tried to ignore him. This was the exact reason why I’d told Jon a year and a half ago that we needed real walls in the conference room, not transparent ones. He wouldn’t hear it, of course. He liked the open-concept flow of his office and he felt it was more inviting with all the glass and exposed ceilings. I might have agreed with him if Ethan didn’t work here.

I resolved to deal with Ethan later tonight in my dream, where I would inevitably see him again with his smug smile on the other side of the glass. In my dream, I’d be able to take out my earrings, march out into the hall, and beat that irritating smirk right off his lips with my knuckles.

For now, I had to keep my head in the game.

“We take advantage of these stats by sharing them with your clients,” I said confidently. “We take the average amount of days between the two, which would be one hundred and eleven—a marketable, memorable, and visually appealing number, I might add—and we build a dating program around that duration.” I gestured at my board which displayed everything I’d just said. “We market this with the strategy that users of Perfect Pairings will find their soul mates within one hundred and eleven days with the help of your program.”

Mrs. Pratt tried to purse her lips once more. “For some reason, it sounds like a long time when you put it like that.”

“It does,” I acknowledged, “but this isn’t a hookup app. It’s not a meetup app. This is supposed to be for people who are looking to fall in love. For people who genuinely want it. If they’re serious, they’ll be willing to put in the time. And if they put in the time, statistically, they’ll be successful. And the success of your clients is the success of your app, simply put.”

Jon tucked his chin low to hide his grin and I knew I had this in the bag.

I smiled broadly and leaned forward to plant my hands flat on the table. “So, how would you like to begin, Mrs. Pratt?”