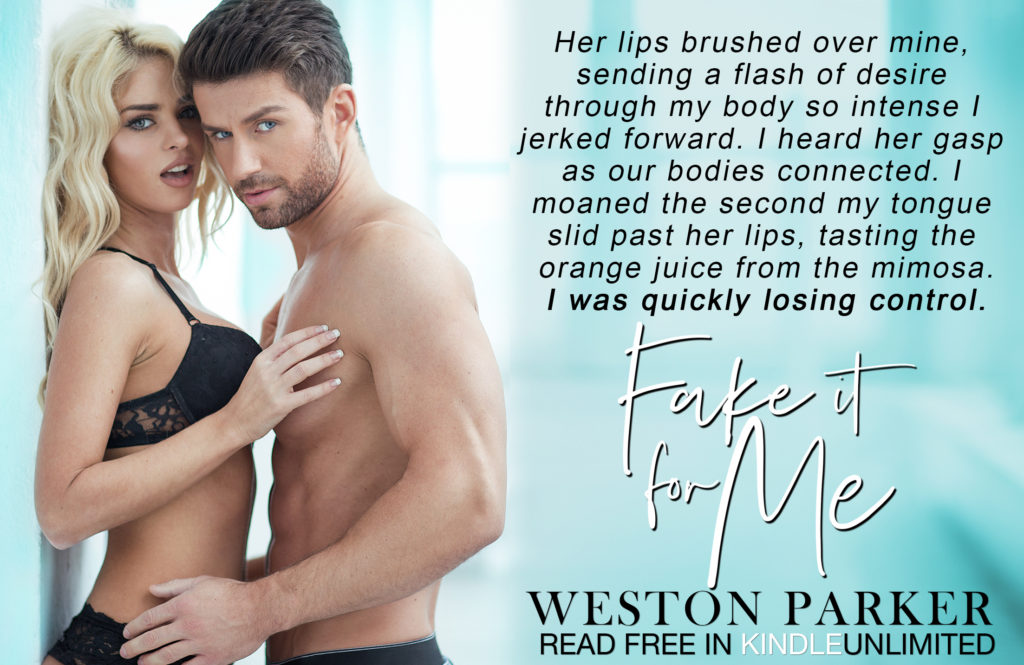 I grabbed a gob of wax and plopped it on my surfboard, slowly rubbing it in. My eyes drifted over the waves rolling onto the shore of Arina Beach in Heraklion, Crete in my home country of Greece. I loved the beach. I loved the smell and the feel of the sand between my toes. I couldn’t imagine living anywhere else. When my business had started to take off, advisors told me I needed to be in New York City, London, or Los Angeles, but I wasn’t going to leave home.

I didn’t have to leave home. I owned a social media firm, which meant I could work from anywhere. I telecommuted all over the world. Companies that wanted my services came to me—that was how good I was—and my company was going to overtake every other social media platform in the world. I was twenty-eight and already making some serious headway in the industry. I was one of the wealthiest under thirty, and I didn’t mind accepting all the perks that went along with that title.

I looked over at my best friend, Rand Mattas, who had his eyes on something other than the clear water. A group of women wearing bikinis that resembled dental floss were frolicking on the beach. It was hard for him not to look at the surgically enhanced bodies, but it wasn’t my thing. I liked the real deal. The women had on heavy makeup and were more about picking up men than actually having fun in the water. I doubted they would dare get their face or hair wet. Their hair would fall flat, and their faces would wash away. Definitely not my thing, but it was pretty clear it was Rand’s thing.

“Keep staring, and maybe they’ll talk to you,” I teased.

He turned to look at me, grinning like an idiot. “I could go over and introduce myself as Adrian Gabris. Then, they’d be falling all over me.”

I rolled my eyes. “I will kick your ass if you try to use my name to get them into your bed. The last thing I need is a scandal. We look enough alike that it would cause a scandal. It would take forever for me to clear my name. The press isn’t the worst of the problem. It’s my mother. My mother would kill me. Slowly.”

“Ah, but I have the dark brown eyes of a true Greek man,” he replied. “Anyone would be able to tell us apart. I’m also a lot better looking.”

“I have the blue eyes that make me look like a real Greek god,” I shot back. “You know the tales. The gods had blue eyes.”

We both had the same jet-black hair, olive skin tone, and were both tall with dark scruff that seemed to be a constant on our jaws, no matter how many times a day we shaved. I was about an inch taller than his six-two frame, and I felt a little more muscular, but I knew he would argue with that fact. It was something we’d argued about since we’d hit puberty and I finally managed to grow taller than him. In my large family, I had been one of the smallest. It was greatly satisfying to be taller and bigger than at least one person in my life.

“Can we get in the water?” he asked, a hand on his hip as he stared down at me. “You’re stalling. No board needs that much attention.”

“My board needed waxing,” I told him, ignoring his frustration at my delay.

“You were spacing out, thinking about work,” he complained.

I shrugged a shoulder, getting to my feet and dusting the sand from my knees. “I was thinking about the new interns coming in. I’m hoping they will bring fresh insight to the company. We could use new life in that place. It’s important we always stay ahead of the game, and we can only do that with fresh eyes and new ideas.”

“The Americans?” he asked. “That’s who you are counting on to keep us at the top?”

I shrugged. “You never know when things might change. We could miss something and get left behind. Trends are always changing. Our clients depend on us to be the trendsetters—not the followers.”

He groaned, running a hand through his short black hair. “Stop. Why? Why are you always thinking about work and social media and shit that I don’t give two shits about?”

I grinned, knowing he was complaining for the sake of complaining. “Because you do give two shits about work. You’re the one who is always on your phone, checking Twitter and every other social media platform, trying to find the next thing.”

“I have to do that because you don’t know how to,” he grumbled.

I laughed. “I believe I do, but why would I waste my time when I have you to do it? And now, we’ll have interns to do all of that for both of us.”

He grimaced. “Are we really going to put the future of the business we built into the hands of some young Americans looking for a little vacation to the Greek isles?” he asked.

I shrugged. “I reviewed the resumes very thoroughly. I’m confident they are exactly what we need, and they work for cheap.” I laughed.

“I’m sure they will be fantastic, but can we worry about that Monday?” he asked. “Today is our day off. We’re not supposed to think about work. We’re supposed to be enjoying the water and relaxing. You work too much.”

“I work just enough to keep us both very rich,” I reminded him. “You know shit never stops moving. The entire world is on twenty-four-seven. I have to make sure we’re staying on top of things. Not all of us can lounge about on a beach, working on our tans all day.”

He scoffed. “Without me, the company would sink like the Titanic. You’re lucky I like you, or I would have let you go down a long time ago.”

I raised my eyebrows. “You sure about that?”

“I just remembered,” I said, already making a note of it in my mental calendar. “We need to get a meeting with that new start-up that moved in above us—the shoe company.”

“Stop talking about work,” he pouted. “We spend five, sometimes six days a week, all day long working. I want to relax and play. We can deal with all of that on Monday. Nothing is going to change in the next thirty-six hours. All work and no play makes Adrian a very dull boy. When Adrian is a dull boy, Rand gets bored.”

“You sound like a child,” I said with a grin. “You’re almost thirty. We have to think about work all the time because it’s what keeps a roof over our heads and the heads of our employees. I’m at the beach. I’m having a good time. It’s just conversation. Can’t you do two things at once?”

“Oh, I can do two things at once all right,” he said, his eyes on a particularly voluptuous blonde strolling down the beach in a bright red bikini that showed off all of her assets.

I shook my head. “She’s way out of your league.”

“I’m a man in my prime, and there are a lot of beautiful women on this beach who need my attention. I cannot talk or think about work anymore. I need to focus.”

I chuckled, noticing his eyes were still on the young woman. “I think you are plenty focused. But she didn’t look twice at you.”

“That’s because I didn’t try,” he said with a grin on his face, showing off his perfect white smile. “The ladies love me and would be thrilled to have me flirt with them. They would probably settle with some attention from you, I suppose. I am only one man, and there is only so much of me to go around.”

I grabbed a sleeve of the torso of my wetsuit and tugged it on, zipping it up the front and hiding the tattoos I had on my chest, shoulder, and upper arms. I worked in business, and I needed to be taken seriously. It was hard enough for big corporate executives old enough to be my grandfather to take me seriously. My image was just as important as my reputation. That was something my mom had instilled in me from a young age. We’d grown up poor, but she always made sure we dressed well and were clean. A boy knew better than to disobey a Greek mother.

I could hear the women who’d drawn closer to us talking about why they couldn’t get in the water. The real reason was pretty obvious—their war paint would melt. Instead, they claimed there were sharks in the water and they didn’t want to get eaten. It was pretty clear they were American tourists, judging by their accents.

I tucked my board under my arm and started toward the water. I couldn’t resist teasing the young women when I heard one of them rattle off a statistic about shark attacks. It sounded ridiculous.

“Hell, you’re more likely to be murdered on the beach than to be attacked by a shark.” Rand laughed before racing past me into the water.

The women gasped. I turned to see the looks of horror on their faces as they stared at Rand’s back. I caught up to him just a few feet into the water. “Do you actually think that line will work? You complain about not having any fun on your time off and that you have no social life. Don’t blame work for that. Blame your inept flirting skills.”

He burst into laughter, dropping his board and paddling out. “They weren’t my type anyway.”

I rolled my eyes, shaking my head, and I followed him out into the surf. Rand was my best friend and my right-hand man. It was difficult to make any real friends in my position. Rand had been with me from the very beginning. He’d shared the tiny one-bedroom apartment with me while we worked to get the business off the ground. He was the one guy I could trust to have my back. I wasn’t worried he was friends with me just for my money or connections.

We surfed for a while, enjoying the refreshing water on what had to be one of the most beautiful beaches in the world. I felt lucky to be alive whenever I got the chance to kick back and relax in my hometown.

I was straddling my board, staring out at the vast sea, catching the sight of some sails on the horizon. It was a beautiful day. Rand was about ten feet away, his board pointed in the opposite direction as he stared at the beach. That was typical. He was scanning the many bikini-clad women, trying to find his mark.

Something nudged my board, causing my body to jerk to the side. I looked behind me and saw a fin slide under the water. “Oh shit,” I muttered.

“Yeah, it was,” I said, pulling my feet up and on my board as I used my hands to paddle toward the shore.

“I think we should stay out of elevators for the next little while,” Rand said dryly.

I smirked. “I think that’s a good idea.”