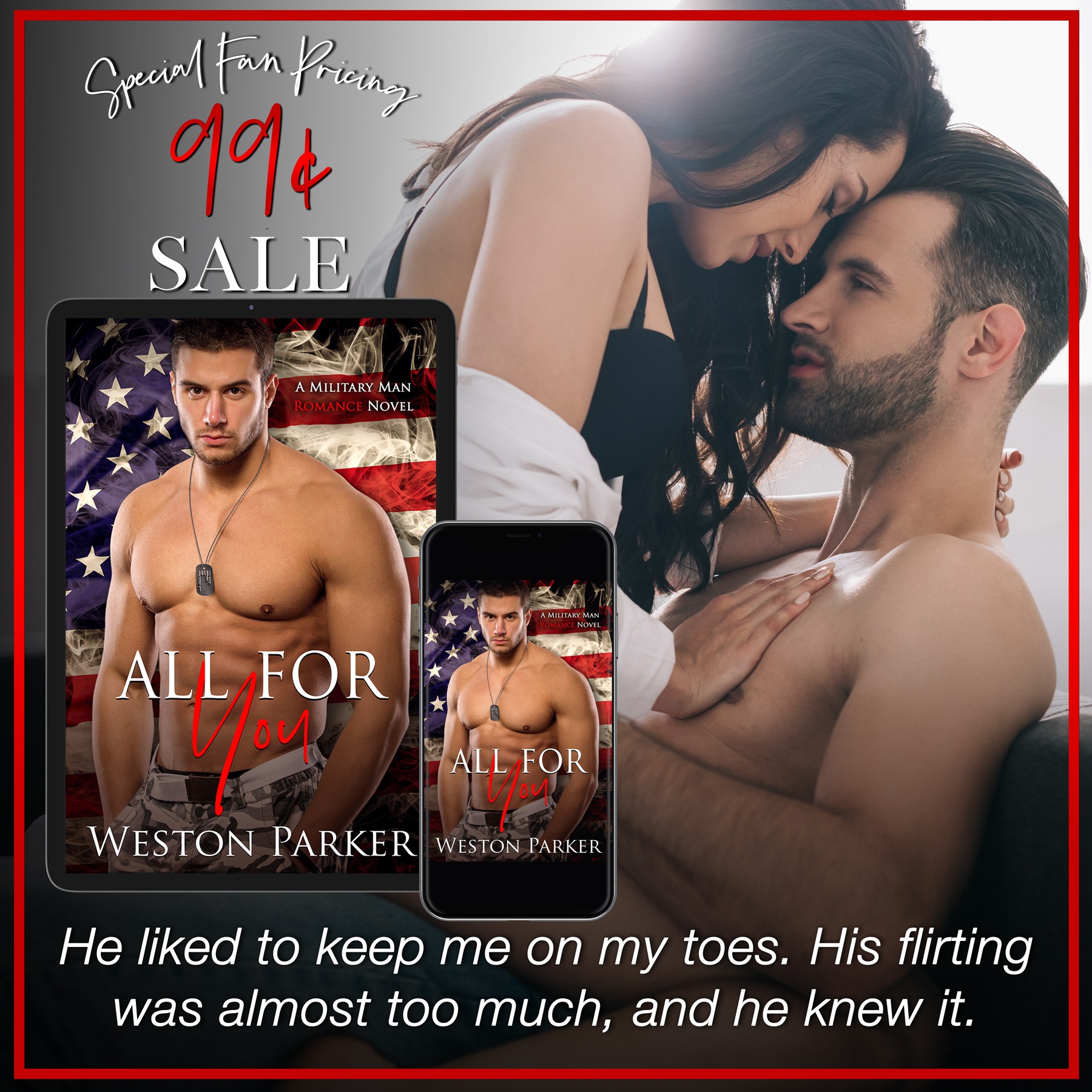 “I can sail this one on my own?” the middle-aged man sitting across from me asked with some doubt.

I smiled. “Absolutely. I grew up learning how to sail on a similar boat. My dad had a fourteen point two Catalina Capri. He used to let me handle it on my own.”

I remembered sitting down and carefully guiding the rudder back and forth. Not that we ever did any serious open-water sailing with me at the tiller, but I still liked to brag about my time at the controls.

“Really?” The guy smiled. “You look like you could handle something much bigger.”

I stared at him. I didn’t know if it was an insult or a compliment. Was he flirting? Was he insinuating I was a big woman? Either way, it sounded ridiculous. “It’s a beautiful sailboat,” I said with a fake smile.

“Sure, I’ll find one of our deckhands to go out with you.”

“You’re not going out with me?” he asked.

“No.” I smiled again. “I have another customer to meet with. Why don’t you have a seat in the waiting area, and I’ll get you set up?”

“Help yourself to coffee or water,” I said and walked back to the desk in the front of our very small office where my best friend and business partner was sitting.

“Good. He wants to take it for a test run. Is Jordan around?”

“No,” he answered. “He had to take his mom to the doctor or something. I told him he could have the afternoon off. It’s just the two of us.”

“Huxley!” I exclaimed and then remembered we were supposed to be professionals.

I grabbed his arm and dragged him into my tiny little office that was directly across from his tiny office. The restrooms were between our two offices. We were hoping one day when the business was a booming success, we would upgrade. For now, the business was in an old warehouse off the typical beaten path of the fancy marinas in Camden, Maine.

I designed the boats that were manufactured right on site and sold out the front door. It was a small business, but we’d been picking up a lot of steam. This year was starting off very well. We had a few boats on consignment to fill out the inventory a bit. Unfortunately, my designs couldn’t be manufactured overnight. It cost money to hire the people and buy the materials to build the boats. If they didn’t sell right away, we suffered. It was a fine line we were still struggling to navigate.

“What’s wrong?” Huxley asked. “It’s not like we haven’t done this on our own for years.”

“That was when we got a customer a week,” I shot back. “I’ve got a design meeting with a potential client in twenty minutes. This other guy wants to take that little sloop out. You have to man the phones and deal with walk-ins. How are we going to do all three things at once?”

“The guy doesn’t need a three-hour cruise,” he said, shrugging.

I shot him a dirty look. “That’s not the point.”

He flashed me a smile that would normally disarm most women. They’d fall at his feet and grovel. I had been immune to those pretty green eyes and that mop of messy black hair since the day we met almost thirty years ago.

We had been best friends since kindergarten. Never had we crossed the line. In high school, people used to always give us crap about our friendship. As we got older, people assumed we had a friends-with-benefits situation. That was never the case. Huxley was gorgeous and popular. He dated cheerleaders and beautiful women. I did not fit into that category. I was the plump nerdy girl that preferred to read.

“Why don’t you take him out?” I asked. “Just a quick spin. I’ll push the meeting with the client ten minutes.”

He poked at my shoulder. “Or you could take him out. It is your boat. You can tell him a lot more than I can. You know all the little quirks and can speak the lingo.”

“Natalie, you have to get back on the water,” he said with a sigh. “I thought this was going to be a short-lived thing. I thought with all the time you spent feet from the water, you would get back into the groove.”

“No, I don’t. I’ve lived a very long time without getting on the water. Our business is growing without me being out there.”

He sighed and shook his head. “You are the only nautical engineer I know that never actually test drives the boats you design. You have to know it makes a buyer a little nervous when the person that designed and built the boat won’t get on it. They’re wondering if the damn thing is going to sink. That’s like a chef not tasting the food he prepares.”

“Huxley?” I said with a bright, very fake smile.

He chuckled. “That thing was awesome.”

I frowned at him. The unicorn floatie had been a joke, but it wasn’t funny. The thing was ridiculous. And humiliating. “I don’t need you to tell me I’m ridiculous. I know I have a totally irrational fear of water. It is what it is.”

“You should try that hypnosis thing,” he said. “It might work.”

“No thanks. Now, instead of sitting in here giving me shit, why don’t you take him out? Just let him get a feel for the way it glides across the water. It’s nothing big or fancy with gadgets or anything else. It’s just a boat. Just let him see how smooth it is.”

“You don’t know how smooth it is,” he reminded me.

“Not the same and you know it,” he replied.

I followed him back up front and introduced the buyer to Hux. While they were out, I put together the paperwork, assuming it would be sold within the hour. My boats were beautiful. I knew it. One day, people were going to be waiting years to get one of my designs. I didn’t have to actually sail the things. I knew they were good.

The phone seemed to ring every two minutes, making it next to impossible to get anything done. I loved the business, but it was growing harder and harder to get things done during the day. We were going to have to find a way to hire more people.

Hux returned with the customer who was smiling from ear to ear. My friend and business partner gave me a thumbs-up.

“I’ve started the paperwork, but I can’t do the sale. My client will be here any minute.”

I laughed and went back to my office. I pulled up the blueprints I had been working on. The client was a wealthy man who wanted a custom boat. He was an experienced sailor and knew exactly what he wanted. It made the process easier and yet harder. Usually, I could do what I thought worked best and a client would accept my designs as-is. With this particular client, I had to try and incorporate his wants into what I knew would work best. It was a fine line.

I rolled my eyes at his unprofessionalism. We had talked about this. I walked back up front, expecting my client and finding a group of five people inspecting the pictures of the boats we had sold on the wall. We also had a bulletin board with our boats available for sale.

“Can you help them while I get Mr. Romano squared away?” he asked.

“Sure,” I said with a tight smile.

Our business partnership worked because he did the front of the house stuff. He had a personality people loved. His good looks also helped him. People liked buying things from pretty people. It was a known fact. Handsome men made better salespeople for whatever reason. Petite, slightly round women like myself were easily overlooked and dismissed. When trying to sell boats, people still had the very antiquated notion that men knew better. It always made me laugh a little. I was the engineer. I actually built the boats with my two hands. Yes, we had a shop of people that did a lot of the heavy lifting, but I liked getting in there and doing some of the sanding and sealing. It was cathartic.

I greeted the group and tried to be very patient when answering their questions. It wasn’t that I didn’t like customer service. I just knew Hux was better at it. I was worried I would say the wrong thing and scare them away. My client came through the door while I was pointing out some of the characteristics of one of our boats that was for sale.

“If you’ll excuse me,” I said. “Can I schedule you an appointment?” I asked the group that was talking amongst themselves.

“I think we’ll have to mull this over,” one said.

“Alright, well, you know where we are. I would be happy to answer any questions and help fit you with the right boat.”

I took the client back to my office and started the meeting. We went over the blueprints, tweaking a few things, but my design was mostly intact. We finalized things and I got him to sign off on the design.

“Thank you,” I said and shook his hand. “I’m going to get these to the shop, and we’ll get started right away. I’ll keep you updated with weekly reports.”

“It was good doing business with you,” he said.

I walked him out to the empty storefront. It had cleared out. Huxley was outside with a couple of the other business owners. This time of the afternoon tended to be a lull for all of us. We were right on the water’s edge. It was nice to go out and get some fresh air. As fresh as sea air tainted with the smell of fish and salt could be.

I decided to join them, tugging the polo shirt I was foolish enough to agree to wear as our company’s uniform. It was supposed to be flattering. At least, that was what I thought when I helped pick it out. Now, it felt awkward. Too tight on top and too flared on the bottom. Huxley looked good in his. It gave him a casual, yet professional appearance. I couldn’t say the same for myself.

“They were just asking me about that thirty-footer,” Hux said.

I looked down the row of boats gently bobbing up and down on the water. The marina was relatively small in comparison to the others in the area, which made it easy to keep an eye on things. “She’s gorgeous, isn’t she?” I smiled.

It was a beautiful sailboat just waiting for the right person to come along. It was the most expensive boat we had for sale. I was hoping it sold soon. It had started out as a passion project. Then we had some interested parties. And then they lost interest. If the thing didn’t sell soon, Huxley was going to tie me to the bow and push me out to sea.

If I could afford it, I would buy it. Of course, that would just make Huxley laugh even harder. He would think it was hilarious I bought a boat I would never sail.